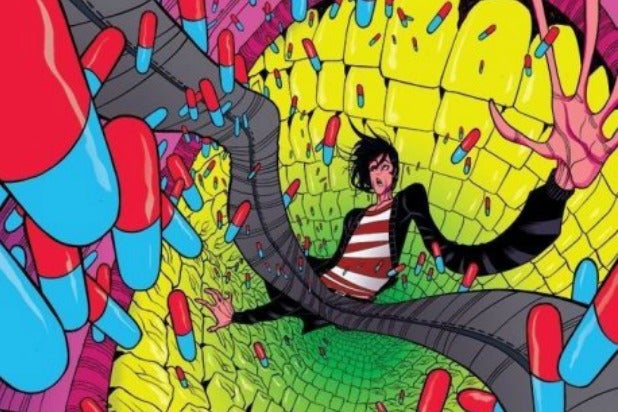 In advance of New York Comi Con, Fox 21 has picked up the rights to the BOOM! Studios graphic novel series “Polarity” for a television adaptation, The Wrap has exclusively learned.

The “Polarity” pilot is to be co-written by Max Winkler and writing partner Matt Spicer, who were recently tapped by The Walt Disney Company to write the reboot of “The Rocketeer.” Winkler will direct the pilot.

The graphic novel is written and created by Max Bemis, the frontman for rock band Say Anything, and illustrated by Jorge Coelho. It follows Timothy Woods, a bi-polar artist living in Brooklyn who discovers that when he stops taking his meds he is able to manifest super-powers. It is based on Bemis’ own experiences with bi-polar disorder.

Max Winkler just directed the indie film “Flower” for Rough House Pictures, and has directed episodes of “Brooklyn Nine-Nine,” “Casual,” “New Girl,” and “Fresh Off the Boat.” He has a first-look deal at 20th Television.

BOOM! controls the largest library of comic book titles outside of Marvel and DC. Their first feature film under their 20th Century Fox first-look deal, the supernatural thriller “The Empty Man,” is currently shooting in South Africa.