Bulgarian actress Maria Bakalova said she felt very nervous prior to filming her scene in “Borat Subsequent Moviefilm” with Rudy Giuliani, adding she didn’t know exactly how things would turn out in the moment.

Bakalova said that although she’s not fully aware of American politics, she knew about Giuliani’s accomplishments helping New York City after 9/11, and she fully trusted Sacha Baron Cohen and the “Borat” crew in the moment.

“We’d been talking a lot about different scenarios. How should I act, this way or this way? What should I do? What is smarter? But in all of the scenarios, I was confident that Sacha will save me and he will save the scene, so it’s not going to be a disaster. He’s my guardian angel,” Bakalova told The New York Times. “I was nervous. My heart was racing. But Sacha was like, you should be nervous in this situation. So use your nerves. Convert them and accept them and they’re going to help you through everything.”

Also Read: Fox Business' Kennedy Slams Giuliani Over 'Borat' Scene: 'I Was Kinda Grossed Out By It' 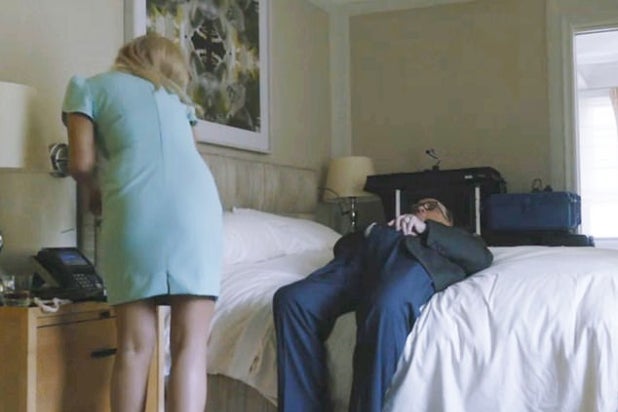 In the scene in question, which you can see a screenshot of above, Bakalova poses as a journalist and conducts a fake interview with Giuliani from within a hotel room, who then appears to have his hands down his pants as he’s lying down on a hotel-room bed.

Giuliani has denied that he was doing anything inappropriate and that he was only “tucking in my shirt” to try and remove his microphone, something Baron Cohen has pushed back on. The Times then pushed Bakalova to give her exact version of events as the only other person in the room.

“I saw everything that you saw. If you saw the movie, that’s our message. We want everybody to see the movie and judge for themselves,” Bakalova said. “I believe it’s my back [to the camera] there, we can see what he’s doing in the mirror.”

“What do you think he was doing,” she posed back to the Times.

Bakalova, who is 24, also said she had no idea whether Giuliani believed her character was only 15, as Borat shouts when he bursts into the room and interrupts the moment. But she said that Giuliani did call the police as he has previously described and didn’t know how things would turn out.

“I was kind of scared that something would happen. But fortunately, we escaped,” she said. “Sacha jumped into the room quickly, because he’s been worried about me. So, if he were late, I don’t know how things were going to go. But he came just in time.”

Elsewhere in the interview, Bakalova describes first landing the screen test for “Borat Subsequent Moviefilm,” saying she didn’t even believe it would be real and that the filming was top secret.

“The project was so confidential, I was like, is this actually a project? I was sure it was going to be a human trafficking situation. I had no idea I was going to meet Sacha — it was a surprise,” she said.