"The Hurt Locker" was the big winner at the Boston Society of Film Critics awards, which were announced on Sunday afternoon.

As did the Los Angeles Film Critics Association, the BSFC honored Christoph Waltz and Mo’Nique for their supporting roles in "Inglourious Basterds" and "Precious."  Meryl Streep won best actress honors for "Julie & Julia."

Jason Reitman’s "Up in the Air," which has won the top prize at most of the awards announced in recent days, did not win any of the BSFC awards. 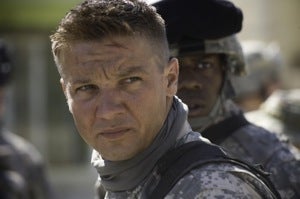 Best Use of Music: “Crazy Heart”