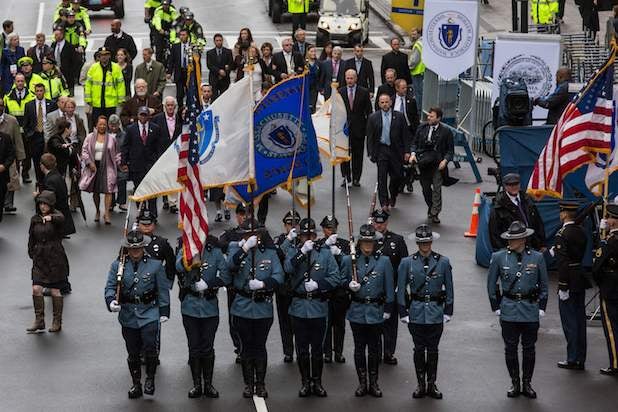 20th Century Fox has picked up “Boston Strong,” a movie about the Boston Marathon Bombing that has caught the eye of “Safe House” director Daniel Espinosa, though he isn’t officially attached at this time, an individual familiar with the project has told TheWrap.

Eric Johnson and Paul Tamasy, who wrote the hit Boston movie “The Fighter,” wrote the script, which is based on the book “Boston Strong” by Casey Sherman and Dave Wedge. Johnson and Tamasy optioned rights to the book in July 2013.

“Boston Strong” will follow the epic manhunt to capture the two young men believed to be responsible for the tragedy and explore the city’s reaction to the heinous events.

Hutch Parker and Dorothy Aufiero (“The Fighter”) will produce the drama.

Casey Affleck had been in discussions to star in and produce “Boston Strong” but the deal never closed and he is not involved with the project, an insider tells TheWrap. The same goes for eOne Television, which had planned to develop “Boston Strong” as a miniseries, to no avail.