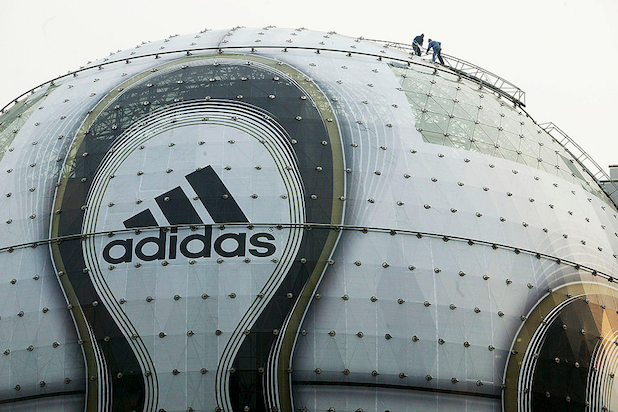 An Adidas social media campaign quickly turned dark on Monday, with one of the sportswear giant’s Twitter accounts inadvertently spitting out racist and anti-Semitic replies to its 832,000 followers.

The problem started when the Adidas U.K. Twitter account asked its followers to “like” a tweet promoting its new jerseys for Arsenal, one of England’s top soccer squads. Leveraging artificial intelligence, the Adidas account then responded to certain users, showing what the jersey would look like with their names on the back.

But the A.I. clearly needed more refining — the Adidas account began responding to users with Twitter handles like @GasAllJewss and @InnocentHitler, showing them a computer-generated version of the jerseys and encouraging them to “seal the deal” by ordering a customized version with their names on the back. Other racist user names, including “die all n——,” received responses from the account.

One handle referencing Madeleine McCann, a three-year-old that went missing in 2007, and another referring to the Hillsborough disaster — where 96 soccer fans died 30 years ago — received a reply from the account as well.

Adidas, in a statement to Fortune, said its working with Twitter to “ensure they continue to monitor” and take action against “violating content.”

“As part of our partnership launch with Arsenal, we have been made aware of the abuse of a Twitter personalization functionality created to allow excited fans to get their name on the back of the new jersey. Due to a small minority creating offensive versions of this, we have immediately turned off the functionality and the Twitter team will be investigating,” Adidas said in its statement.

The racist and Anti-Semitic responses have been deleted, and several of the accounts have been suspended by Twitter, according to CNN.