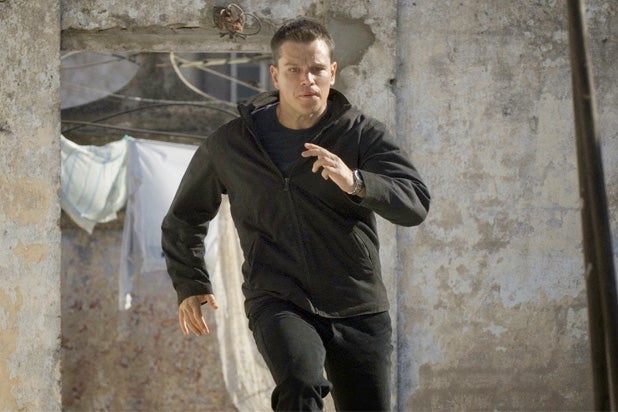 USA Network has ordered four drama pilots. One is a spinoff of the “Bourne” movies, while another stars Denis Leary — and that’s just (literally) the half of it.

“Treadstone,” which hails from a “Bourne” franchise producer, “explores the origin story and present-day actions of a CIA black ops program known as Treadstone — a covert operation that uses behavior modification protocol to turn its agents into nearly unstoppable superhuman assassins,” per USA.

Leary’s “Erase” tells the story of Donal O’Neal, a “dirty ex-cop who decides to do the right thing and bring down his complicit superior officers,” according to the cable channel’s logline. “But his best weapon in this battle — a photographic memory — is suddenly compromised by symptoms of early-onset Alzheimer’s.”

“As the No. 1 cable entertainment network for a record 12 years in a row, USA Network delivers unmatched scale and momentum with a broad, diverse slate of programming,” said Chris McCumber, president, Entertainment Networks for NBCUniversal Cable Entertainment. “These new pilots add to our dynamic scripted pipeline with the big auspices, top creative talent and bold characters that have become USA’s signature.”

“Now more than ever, premium video content is proving to work the hardest for our marketing partners in helping them reach their business objectives,” said Mark Marshall, executive vice president, Entertainment Advertising Sales, NBCUniversal. “Having new, high quality scripted fare allows us to have the most meaningful conversations with advertisers about how USA can be a powerful part of their ad campaigns.”

Read the full descriptions of all four newly ordered pilots below.

Also Read: 'Roseanne' Revival: Which Broadcast Pilots Could Benefit From Its Success?

“Treadstone”
From a producer of the “Bourne” franchise, “Treadstone” explores the origin story and present-day actions of a CIA black ops program known as Treadstone — a covert operation that uses behavior modification protocol to turn its agents into nearly unstoppable superhuman assassins. The series follows sleeper agents across the globe as they’re mysteriously “awakened” to resume their deadly missions. From Universal Cable Productions, “Treadstone” is written and executive produced by Tim Kring. Ramin Bahrani, who will direct the pilot, will also serve as an executive producer. Ben Smith and Jeffrey Weiner will executive produce on behalf of Captivate; Justin Levy will executive produce alongside Bradley Thomas on behalf of Imperative Entertainment.

“Briarpatch”
Based on the Ross Thomas novel of the same name, “Briarpatch” follows Allegra Dill, a dogged investigator returning to her border-town Texas home after her sister is murdered by a car bomb. What begins as a search for a killer turns into an all-consuming fight to bring the corrupt hometown Allegra thought she left behind to its knees. Written for television by Andy Greenwald, who will executive produce along with “Mr. Robot” creator Sam Esmail through his production company Esmail Corp and Anonymous Content’s Chad Hamilton, “Briarpatch” celebrates the beloved genre that Thomas’ book represents — a unique blend of crime, thriller, mystery, and pulp fiction – while updating his electrifying sense of fun, danger and place for a new generation. Yann Demange will direct and serve as executive producer. “Briarpatch” is a co-production of Universal Cable Productions and Paramount Television.

“Dare Me”
“Dare Me” — based on the acclaimed novel by Megan Abbott, who serves as writer and executive producer along with Gina Fattore — is an unflinching exploration of volatile female friendships, jealousy, loyalty and the dynamics of power in a small Midwestern town. Peering behind the all-American façade, the series dives into the cutthroat world of competitive high school cheerleading, following the fraught relationship between two best friends after a new coach arrives to bring their team to prominence. Part coming-of-age story, part small-town drama, part murder mystery,”Dare Me” exposes the physical and psychological extremes that some young women are willing to endure in order to get ahead.”Dare Me” is from Universal Cable Productions in association with Film 44. Peter Berg and Michael Lombardo of Film 44 executive produce along with Sarah Condon and Karen Rosenfelt.

“Erase”
Created by Denis Leary and Alex Cary and starring Leary, “Erase” is the story of Donal O’Neal, a dirty ex-cop who decides to do the right thing and bring down his complicit superior officers. But his best weapon in this battle — a photographic memory — is suddenly compromised by symptoms of early-onset Alzheimer’s. In this gritty crime thriller, laced with elements of black comedy, Donal races against time to repair the damage he’s done to his estranged family while trying to avoid being killed by his enemies. From Universal Cable Productions, “Erase” will be executive produced Leary and Cary, along with Apostle Pictures’ Jim Serpico.

Passed Over: 8 Promising 2016 TV Pilots That Didn't Make It to Series (Photos)

NBC swears that “Cruel Intentions” may still be coming, but it’s not looking good for these other picked-over pilots that once seemed to have such potential