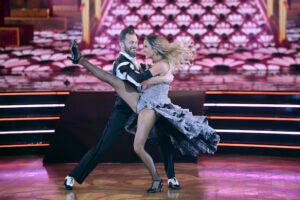 ”The pandemic rules are being rewritten as we go along,“ Boxoffice editor Daniel Loria says

The coronavirus pandemic decimated the box office for 2020 — and now it’s looking to take a bite out of the first quarter (at least) of 2021 as well. With infections, hospitalizations and deaths on the rise in the U.S. and much of Europe — and a vaccine months away from approval and widespread distribution — Hollywood studios and movie theaters are bracing for further delays in the release of major films.

On Monday, Universal pushed back its female-led spy thriller “The 355” from January 2021 to January 2022. That follows a bunch of recent postponements for films that had hoped to open early next year: Sony pushed “Peter Rabbit 2,” already delayed from April 2020 to January 2021, to a new date three months later.  And Universal shifted the Jennifer Lopez rom-com “Marry Me” from Valentine’s weekend to May 2021.

Studios are in a bind: Do they continue to stockpile films (and push off any revenues) — or release them to potentially lower profits via either streaming services or limited-capacity theaters (where that’s even an option). They must also factor in the disappointing returns for two megabudget studio releases this fall: Disney’s “Mulan,” released as a premium offering on the company’s streaming service Disney+, and Warner Bros’ “Tenet,” which generated $357 million at the global box office but only $56.9 million in North America.

“The pandemic rules are being rewritten as we go along,” Boxoffice editor Daniel Loria told TheWrap. “Titles through the end of March are very much up in the air, and even some films in April are going to probably have to expect some ‘Tenet’-like numbers unless the recovery is going much better than expected.”

Also Read: 'The 355' Spy Film With Jessica Chastain and Lupita Nyong'o Bumped Back a Year to 2022

Not every film currently slated for January or February will move. Oscar hopefuls such as A24’s “Minari” and Paramount’s “The United States vs. Billie Holiday” will have to commit to those early year release slots to qualify for this year’s Academy Awards, which pushed the release date cutoff to Feb. 28 and the awards’ airdate to April 25 to accommodate for the pandemic.

The fate of several major studio releases currently set for release in March and April could depend on both the state of the pandemic and the the rollout of vaccines. Among the films set for release in those months are Warner Bros.’ animated “Tom & Jerry” (March 5), Disney’s “Raya and the Last Dragon” (March 12), and Paramount’s “A Quiet Place — Part II” (April 23).

Perhaps the biggest film in that release window is the next James Bond film, MGM/Universal’s “No Time to Die,” which was moved to April 2 after escalating infection rates in the U.K. and the U.S. led MGM to abandon plans for a November release. But the state of containment and vaccination efforts in the U.K. and Europe will be particularly critical for the Bond film’s global box office success, so it is possible that MGM could commit to a spring release if pandemic recovery in major overseas markets is farther along than in the U.S.

Few expect an imminent return to normal — in terms of either the large-scale reopening of theaters or the studio release of bigger-budgeted tentpoles. In a USA Today interview last week, Dr. Anthony Fauci estimated that it would take three to four months to vaccinate frontline health workers and the most at-risk individuals starting in December. If that happens, the general populace could start receiving the vaccine in April, with a massive rollout that is expected to last for months.

Studios are prepared for a slow ramp-up. “What we’re aiming for is a slow process of reopening theaters, with progressively bigger titles coming out over the course of the spring,” said one distribution executive who asked to remain anonymous. “Then, when we get to May, ‘Black Widow’ and ‘F9’ will be the big titles that bring people back. As that happens, I think we’re going to see more people want to go out and will feel more safe going to theaters as the vaccines keep rolling out.”

But for every studio, there is still so much uncertainty looming over 2021 even as hope grows that an end to the pandemic is on the way. Films set for the latter half of 2021 should be able to hit theaters in something closer to a normal moviegoing market. But distribution execs are going to have to make hard choices about whether they are OK with releasing a film in March, April or possibly even May to an audience that might not feel like it’s safe enough to go out again.

And studios may increasingly look to streaming at an option — either skipping theaters, using a shortened theatrical window or going day-and-date as Warner Bros. is doing with “Wonder Woman 1984” with a simultaneous Christmas Day release on HBO Max and whatever theaters are still able to keep their doors open.

“Now that ‘Wonder Woman 1984’ is going to HBO Max, I think streaming is going to become a more viable option for some studios depending on where they are positioned in the digital market,” Loria said.