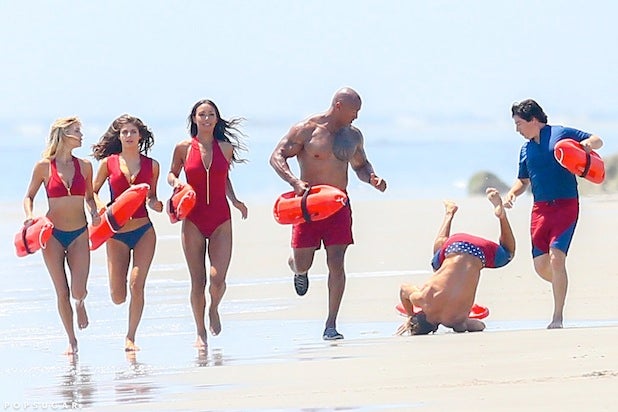 Once upon a time, Memorial Day weekend was seen by box office analysts and distribution chiefs as the big kickoff to the summer blockbuster season. After the rise of the Marvel movie juggernaut, that kickoff date was pushed back to the start of May, but Memorial Day was still seen as a major release slot and a big weekend for moviegoers.

But after this year’s new releases, “Pirates of the Caribbean: Dead Men Tell No Tales” and “Baywatch,” performed below expectations, this year’s box office totals for the four-day weekend have been the lowest since the start of the 21st century. According to numbers from comScore and Box Office Mojo, the 2017 Memorial Day weekend totals only amounted to $180.6 million, down 12 percent from the $205.4 million made last year and 43 percent from the record-setting $314 million made in 2013.

To find a Memorial Day result lower than this, you have to go all the way back to the $142.5 million made in 1999, when studios gave “Star Wars Episode I: The Phantom Menace” a wide berth. “Phantom” was the top film of that weekend in its second frame, grossing $66.9 million over four days. That weekend’s new release, “Notting Hill,” finished a distant second with $27.6 million.

The No. 1 film of the weekend this year, the fifth installment in the “Pirates of the Caribbean” franchise made $78.2 million over four days, a step below the $79.8 million of last year’s top film, “X-Men: Apocalypse.” Last year saw a new release, “Alice Through the Looking Glass” take No. 2 with just $33.5 million, but this year’s No. 2 was a fourth-week film: “Guardians of the Galaxy Vol. 2,” with $27.1 million. “Baywatch” was forced to settle for third with just $23.1 million over four days.

Back in 2013, Memorial Day weekend brought moviegoers out in droves thanks to “Fast & Furious 6” and “The Hangover Part III,” which combined for a four-day opening of $167 million. 2014 failed to match that one-two punch, but still had a big winner with “X-Men: Days of Future Past,” which posted a four-day opening of $110.5 million. But “Pirates” and “Baywatch” were duds with critics and failed to attract audiences, while last week’s No. 1 hit, “Alien: Covenant,” made only $13.1 million, showing a lack of heavy interest in the film outside of the horror franchise’s hardcore fanbase.

The good news is that next year’s Memorial Day might get a major rebound, as it will feature the release of the upcoming Han Solo “Star Wars” anthology film, which Disney has moved out of the December slot it has used to release “Star Wars” films starting with “The Force Awakens” in 2015. As for the rest of this summer, the weak results in May beyond “Guardians of the Galaxy” has put the summer season in a hole, with May totals down 22 percent from last year. Studios will now look to June for a rebound, starting with “Wonder Woman,” which is currently projected by trackers for a $90-95 million opening this weekend.