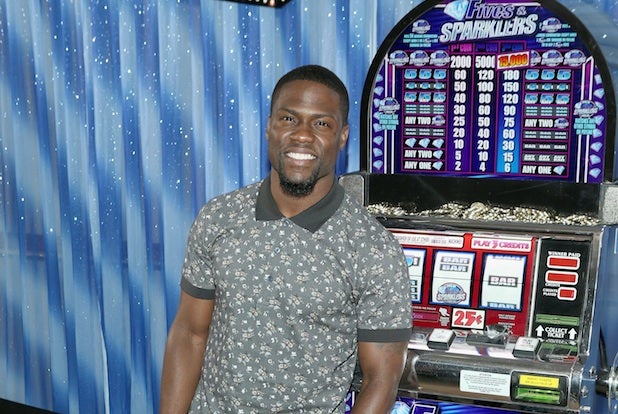 TheWrap’s Box Office By the Numbers will evaluate aspects of the weekend box office left unexplained in a typical report. We cannot view box office numbers in a vacuum, so we will examine how studios, actors and specific movies fare not just in the context of this weekend, but as compared to the past. We will identify milestones and trends, and contextualize movies within the history of a particular genre, filmmaker or studio. This is an evolving series, so bear with us. Please send along any suggestions.

Kevin Hart’s “Think Like a Man Too” nudged “22 Jump Street” out of the top spot at the box office, marking the fifth time the pint-sized comedian has starred in a movie that opened at No. 1.

There have been countless stories about the rise of Kevin Hart over the past few years, none better than this piece by Grantland’s Rembert Browne. As Browne noted, Hart “has been in our faces consistently for a decade now,” but never had a breakout role. He built a steady stand-up career, appeared in a couple of the “Scary Movie” films, and lined up a bevy of cameos.

He appeared in 16 movies between 2003 and 2011, including his first concert movie, “Laugh at My Pain.” Yet only in the last couple of years has he proven himself as a leading man.

Also read: Kevin Hart’s ‘Think Like a Man Too’ Bumps ’22 Jump Street’ From No. 1 at Friday Box Office

“Think Like a Man” was a big hit two years ago, and the sequel is the third time in three years Hart has scored a number one movie.

Next year, Hart has “The Wedding Ringer” (opening the same weekend that “Ride Along” did this year), and “Get Hard,” in which he stars alongside Will Ferrell. We still aren’t at peak-Hart.

While Hart, producer Will Packer and director Tim Story are the big winners at the box office this weekend, the studio with the most No. 1 hits so far this year is….

Universal. Comcast can thank Hart, Packer and Story for that honor, as “Ride Along” topped the box office for three weeks running.

Studios with the Most No. 1 Movies This Year

This only accounts for the domestic box office. Universal does not have a single one of the ten highest-grossing movies of the year worldwide. Despite all the recent hand-wringing about the struggles at Warner Bros., the studio has 3 of them (“Lego,” “Godzilla” and “300”) and “Edge of Tomorrow” will soon join the club as well.

Here are some other tidbits from the weekend:

>> “Jersey Boys” is on pace to gross $15 million this weekend. Only 7 musicals in history have done that before. That does not include “Grease,” the highest-grossing musical in Hollywood history.

>> Both “The Fault in Our Stars” and “22 Jump Street” will cross $100 million at the domestic box office by Sunday.

>> “Maleficent” is a few days away from handing Angelina Jolie the biggest hit of her career. Her previous best was “Mr. & Mrs. Smith,” which grossed $478.2 million worldwide. “Maleficent is at $449 million.