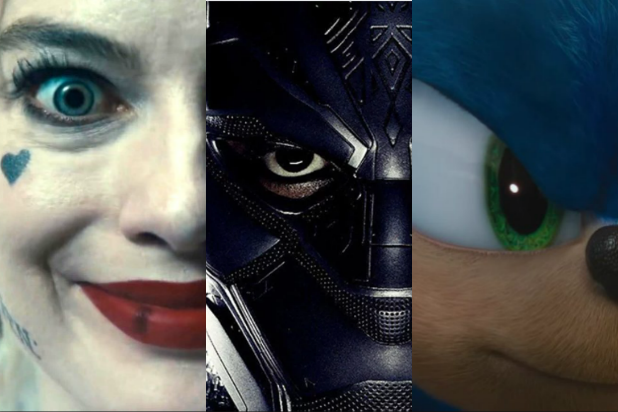 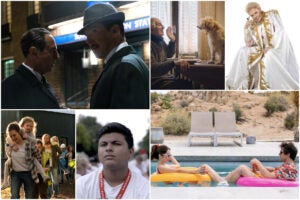 Can February’s Box Office Hit New Heights Without a ‘Black Panther’ or a ‘Deadpool’?

February’s box office will see big tentpoles — particularly “Birds of Prey” and “Sonic the Hedgehog” — try to keep up with January’s brisk start. But these films will also provide hints  as to how much the February moviegoing market has been transformed two years after “Black Panther” redefined how much success a film can yield at this time of the year.

For now, analysts are keeping expectations optimistic but reasonable. Exhibitor Relations’ Jeff Bock predicts February 2020 will see much better numbers than last year, but that none of the films on the slate will do as well as “Black Panther” in 2018 or fellow February superhero release “Deadpool” two years earlier.  That includes “Birds of Prey,” which Warner Bros. is hoping will turn Harley Quinn into DC’s answer to Wade Wilson.

“If the reviews are really good, there’s a chance that ‘Birds of Prey’ overperforms and has an opening weekend of $70 million or more. But right now, the audience tracking isn’t showing the kind of interest that ‘Deadpool’ or ‘Joker’ had, and those are the gold standard for R-rated superhero films,” Bock said. “Granted, this is a film with a $100 million or so budget, and it is tracking for a $50 million opening, so for the money Warner is spending on ‘Birds of Prey,’ it should be a success. It’s just going to need really strong word-of-mouth to get to the level that ‘Deadpool’ reached.”

Through the first half of the 2010s, February was a month of solid but not spectacular box office performance. A group of holiday holdovers, Oscar contenders and mid-budget new releases would combine to yield 6-8% of the year’s overall total, with the peak being in 2012 with $818 million grossed in February that year thanks to the Rachel McAdams-Channing Tatum romance “The Vow” and the Denzel Washington-Ryan Reynolds action film “Safe House.” But it wasn’t a month for a breakout hit to be released, as no one film grossed more than $130 million in that period.

That began to change in 2014 with “The Lego Movie,” which set a then-February record with $192 million in domestic calendar grosses. That record was broken in 2016 with “Deadpool,” a film that became Ryan Reynolds’ calling card and a cultural phenomenon with $287 million in calendar grosses. And then, of course, there was “Black Panther,” an unprecedented hit that grossed $428 million in February 2018 en route to a $700 million domestic total and a $1.34 billion global gross. (It also became the first superhero movie to snag a Oscar nomination for Best Picture.)

Those three films showed that studios can release a tentpole smash hit at any time of the year if they have the goods, but it’s still not clear if big February windfalls will be happening on a regular basis in this post-“Black Panther” world. February 2019 saw grosses of $624 million, the lowest since 2013. It was also the first February since 2013 that no film grossed more than $100 million, with “The Lego Movie 2” leading the charts with just $85 million.

“Birds of Prey” should do better than that for Warner Bros., as current tracking predicts a theatrical run similar to last year’s “Shazam!,” a WB/New Line production that had a $100 million production spend and got a decent return with a $53.5 million opening and $140.3 million domestic run. Though “Birds of Prey” is an R-rated film rather than a family friendly title like “Shazam!,” its upbeat and comedic tone should appeal to adult DC fans who enjoyed the Zachary Levi blockbuster, while its focus on a team of crime-fighting female antiheroes should bring in women in the 18-35 demographic.

Another $100 million-plus hit could come from Paramount’s “Sonic the Hedgehog,” which is gaining a foothold with family audiences despite its infamous first trailer that prompted a release delay and redesign for the SEGA mascot. That steady rebound in audience interest is thanks in large part to a massive marketing campaign featuring both the redesigned Sonic and Jim Carrey as his archnemesis, Dr. Robotnik. As a result, what looked last year like a potential bomb now has a chance at a $120-140 million domestic run.

Also Read: 'Bad Boys for Life' Shows How Important MLK Weekend Is for the Box Office

“It’s no secret why Paramount is putting so much behind ‘Sonic': Last year’s poor numbers show that they need franchises fast,” Bock said. “They are hoping to make a sequel for this film, so ‘Sonic’ needs to at least make $500 million worldwide. They could do that with help from Asia, provided that the coronavirus doesn’t keep theaters closed for several more weeks.”

These two films will be seen as the main revenue sources for theaters this month, with smaller support coming from films like Sony-Blumhouse’s “Fantasy Island” (Feb. 14) and Universal’s “The Invisible Man” (Feb. 28). The newly renamed 20th Century Studios will also have a presence on this month’s slate with “The Call of the Wild,” an adaptation of the Jack London tale starring Harrison Ford.

With these films, February 2020 won’t come anywhere near the calendar gross record of over $1 billion that “Black Panther” helped set two years ago. But it should help get numbers for the month back up to over $725 million and keep first quarter numbers much stronger than they were last year.

But a performance at that level won’t provide much information on whether or not “Black Panther” and “Deadpool” were permanent game changers for February or simply outliers. February 2021’s release slate already shows the potential to push the box office ceiling set by “Black Panther,” when Marvel returns with “Shang-Chi and the Legend of the Ten Rings,” a film with an all-Asian cast and crew that the Disney-based studio hopes will have the combined appeal of “Black Panther” and “Crazy Rich Asians.”

“Like everything else, quality is king,” Bock said. “But given how important ‘Birds of Prey’ and ‘Sonic’ are to their respective studios this year, it is at least clear that studios aren’t afraid to set up their biggest films far away from summer.”