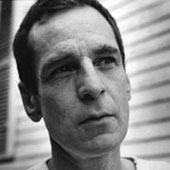 Primarily known for “In the Street,” the theme song of the hit sitcom “That 70s Show,” the 59-year old Chilton was also one of the major influences on bands such as R.E.M., Primal Scream and Wilco. In 1987, the Replacements released the song “Alex Chilton,” on their “Pleased To Meet Me “ album, in homage to the musician.

Chilton first topped the charts in 1967 as the lead singer of the Box Tops on their hit “The Letter.” After several more hits, the band broke up in 1970. Chilton, after a brief solo career, went on to form the hugely influential Big Star as singer, guitarist and songwriter.

None of Big Star’s albums ever sold well when they were released, and the band itself started to disintegrate not long after it’s debut “#1 Record” came out in 1972. Nonetheless, they have had a second and third life in critical and cult appeal.

Including all three Big Star albums in it’s 500 Greatest Albums of All Time list in 2003, Rolling Stone said that with “#1 Record,” “Radio City,” and “Third/Sister Lover,” the band had "created a seminal body of work that never stopped inspiring succeeding generations of rockers.”

After Big Star broke up in 1974, Chilton became a solo artist again, releasing albums on alternative and 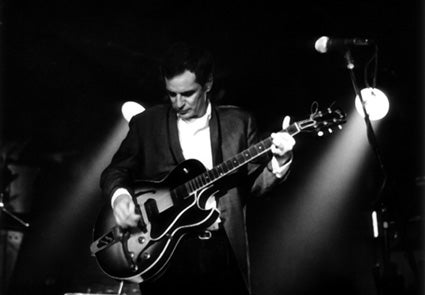 independent labels. Having been famous young, Chilton seemed to distinctly shy away from the success many of his peers thought his talent warranted. "Fame has a lot of baggage to carry around,” Chilton said in a 1987 interview. “I wouldn't want to be like Bruce Springsteen. I don't need that much money and wouldn't want to have 20 bodyguards following me."

While Chris Bell, Chilton’s main collaborator in Big Star, died in 1978, the singer did reform the band in 1993 with members of the Posies and original drummer Jody Stephens. The new Big Star toured regularly over the past 16 years and released “In Space,” an album of new material in 2005 to critical praise.

Though Cheap Trick actually performed the version used on “That 70s Show,” the use of Big Star’s “In The Street” from it’s first album brought the band and Chilton to a whole new audience for the eight seasons the nostalgic comedy was on the air. Last September, Rhino Records put out “Keep an Eye on the Sky” a four-disc Big Star box set comprised of a live 1973 show, alternative versions, demos and unreleased track

Alex Chilton was scheduled to play at South By Southwest in Austin on Saturday. “Alex Chilton always messed with your head, charming and amazing you while doing so,” said SXSW Creative Director Brent Grulke on a posting on the festival’s website Wednesday night. “He'll be missed, and missed more as the ages pass and his myth continues to expand.”