Brad Allan, the prolific stuntman known for his work on Jackie Chan films and other blockbusters such as “Wonder Woman” and the “Kingsman” series, has died. He was 48.

A representative for the veteran action choreographer confirmed his passing on Saturday. Although a cause of death has not been released to the public, a post from Chan’s official website says that an “illness” was to blame.

“I never imagined that just a few days later, today, I received another unbelievable and heartbreaking news,” Chan wrote in a blog post in which he also mourned the recent passing of another team member, Yang Sheng. “A fourth generation JC Stunt team member, Bradley James Allan, also passed away from illness.” 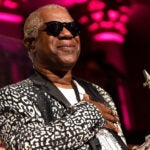 “Many years ago while I was filming ‘Mr. Nice Guy,’ he was just a fan and I remember him coming to visit the set,” Chan continued. “At that time, he was crazy about Chinese Kung Fu and had practiced it for many years. It was because of his amazing skills and talent, he transformed from being a fan to a stuntman, and eventually joined my JC Stunt Team. He even fought with me in ‘Gorgeous,’ and I think a lot of people remember this skillful boxer in the movie. He has also contributed to many of my movies.”

He went on: “Over the years, he’s made masterpieces that has amazed many people in film industry, including ‘Kingsman’ film series, ‘Wonder Woman’ and many others, making him a very well known action choreographer in Hollywood, and also an excellent role-model to many action stars.”

Prior to Allan’s uncredited stunt work in “Mr. Nice Guy” in 1997, he had been studying martial arts, boxing, gymnastics and Chinese circus arts since he was 10-years-old, according to IMDb. At the age of 22, he returned to his native Australia after several years of studying language and martial arts in Asia. It was there that he had a chance meeting with Chan, who he considered his idol. That encounter led to a 12-year run on the illustrious Jackie Chan Stunt Team. 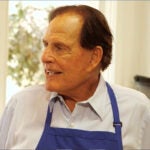 Allan eventually carved out a space in Hollywood as one of the best in his craft. After serving as both a stunt actor and coordinator on a string of movies with Chan, including “Shanghai Noon” and “Rush Hour 2,” he went on to design action scenes for movies like, “Scott Pilgrim vs. the World,” “Wonder Woman,” “Solo: A Star Wars Story” and the “Kingsman” series.

By the time of his death, Allan had also completed work on “The King’s Man” and Marvel’s “Shang-Chi and the Legend of the Ten Rings,” which hits theaters next month. 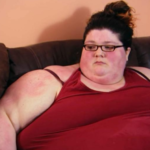