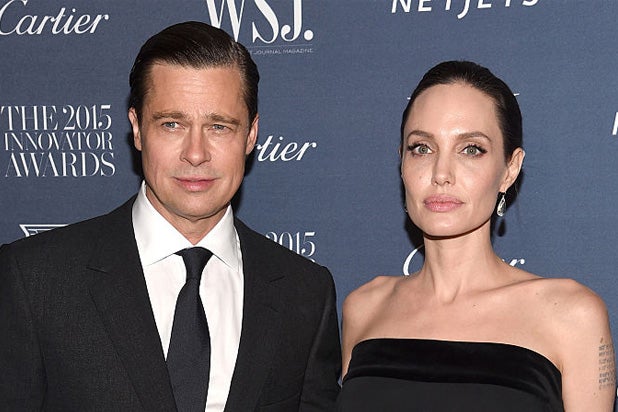 Brad Pitt and Angelina Jolie’s divorce could be winding to a close soon — but apparently there’s still a bit of drama remaining.

Jolie filed court papers on Tuesday saying that she wants their marriage to be dissolved by the end of the year.

In the papers, Jolie also alleges that Pitt has “paid no meaningful child support” since their separation.

The papers make note of “informal arrangements around the payment of the children’s expenses,” but says they “have not been regularly sustained” by Pitt for “over a year and a half.”

The papers add that Jolie plans to file “for the establishment of a retroactive child support order.”

TheWrap has reached out to representatives for Pitt seeking comment on Jolie’s accusations.

“Brangelina,” as they were dubbed by the media, met on the set of the 2005 action movie “Mr. and Mrs. Smith,” in which they played rival assassins who also happen to be married to each other. There was widespread speculation at the time that their relationship began on the set and that Pitt divorced Jennifer Aniston so he could be with Jolie.

They were officially married in a private ceremony at a French chateau in August 2014.

Jolie filed for divorce in September 2016, citing irreconcilable differences. The actress also requested sole physical custody of the couples’ six children, offering Pitt visitation rights and joint legal custody. Pitt officially adopted three of Jolie’s children, while Jolie gave birth to three more children of their own over the course of their relationship.