Brad Pitt was ever the professional when he returned to the red carpet for the first time since splitting from Angelina Jolie.

The 52-year-old actor appeared with co-star Marion Cotillard for the Hollywood premiere of “Allied” at the Regency Village Theatre in Los Angeles on Wednesday night.

Aside from the obligatory professional pics for the photo pool, Pitt posed for selfies with besotted admirers lined up along the streets at Paramount’s fan event. 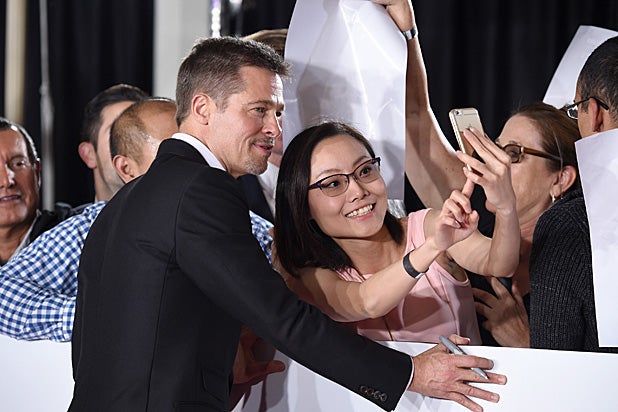 In Robert Zemeckis‘ World War II romance, Pitt and French actress Cotillard play two government operatives who take down some Nazis before settling in a turbulent Britain to get married and raise a family.

As the war churns on, however, their idyllic home is torn when a ranking commander (“Mad Men” alum Jared Harris) informs Pitt that Cotillard may be a German spy. He has 72 hours to prove his beloved’s innocence, or kill her personally to prove his allegiance to the cause. 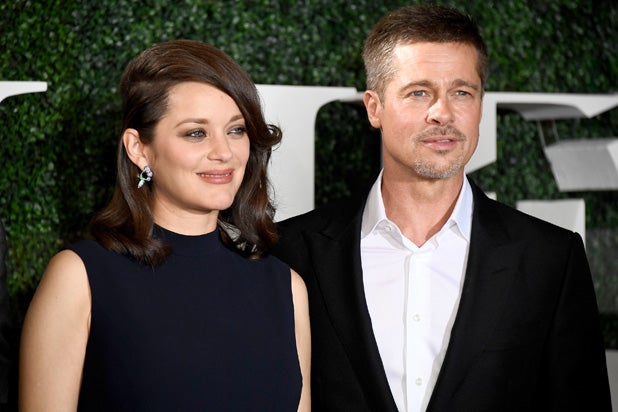 Earlier on Wednesday, Pitt was cleared in the child abuse investigation that was at the center of his divorce from Jolie.

The L.A. County Department of Children and Family Services concluded its investigation into an alleged incident between Pitt and their son Maddox, finding that the actor had not harmed the child, per TMZ.

Pitt and Jolie reached a settlement in their divorce case earlier this week. Jolie, who filed for divorce in September, will continue to have sole custody of the six children with Pitt in a joint agreement reached by the actors, according to her representative.

The “World War Z” actor made his first public appearance since Jolie filed for divorce on Monday for a private screening of “Moonlight,” alongside former costar Julia Roberts. His production company, Plan B, partnered with A24 to produce the drama about a gay, African-American boy that is an awards season favorite.

See Facebook Live footage from the “Allied” fan event below.