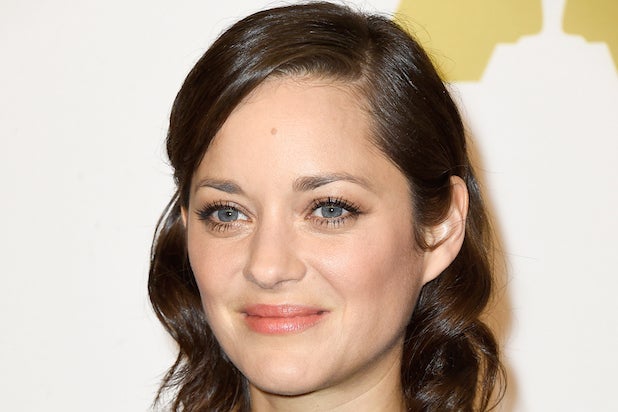 Brad Pitt has been looking for a lover for his next WWII movie and he has finally found one in Oscar winner Marion Cotillard, who’s in negotiations to join him in the untitled period film that Robert Zemeckis is directing for Paramount and New Regency, TheWrap has learned.

Zemeckis is also producing the romantic spy drama with his longtime collaborator Steve Starkey as well as Graham King. Steven Knight wrote the script and will serve as an executive producer alongside Jack Rapke, Patrick McCormick and Denis O’Sullivan.

Pitt and Cotillard will play assassins who fall in love during a mission to kill a German official. They soon marry, but their romance is cut short when Pitt learns a devastating secret about his wife that prompts him to turn on her.

Production had been expected to start in the fall but Cotillard will be busy shooting “Assassin’s Creed” with Michael Fassbender, while Zemeckis will be swamped with press for his 3D movie “The Walk.” Once the studio agreed to shift the start date to early 2016, Pitt decided to squeeze the Netflix movie “War Machine” into his busy schedule, which also includes a “World War Z” sequel.

Cotillard, who will soon be seen opposite Fassbender in “Macbeth,” is represented by CAA and Agence Adequat.