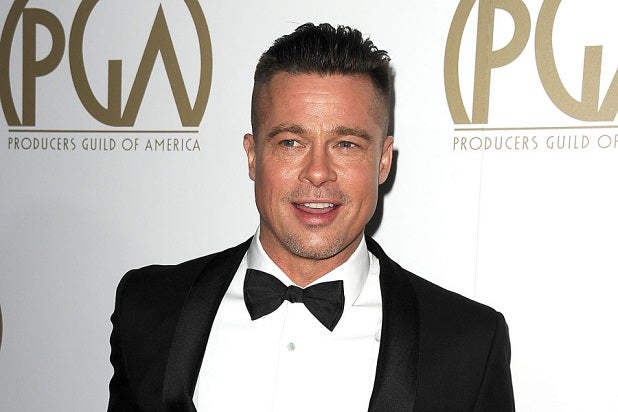 Brad Pitt is set to star in a sweeping romantic thriller that Robert Zemeckis will direct based on an original story by Steven Knight, it was announced Friday by Paramount Pictures, GK Films and New Regency.

Graham King developed the “epic” project and will produce through his GK Films banner alongside Zemeckis and Steve Starkey, while Jack Rapke and Knight will executive produce with Patrick McCormick (“Black Mass”) and Denis O’Sullivan (“The 5th Wave”).

The untitled film is set during WWII, an individual with knowledge of the script told TheWrap.

Zemeckis’ credits at Paramount include the 1994 blockbuster “Forrest Gump,” for which he won an Oscar, as well as the hit 2012 drama “Flight,” which received two Oscar nominations. Zemeckis is currently in post-production on the Joseph Gordon-Levitt movie “The Walk,” which Sony will release in October.

King and screenwriter Knight are also partnered on a remake of the action thriller “The Red Circle,” which will be set in Hong Kong.

Pitt is preparing to film a supporting role in Adam McKay’s Paramount movie “The Big Short,” and he’s also in negotiations to reteam with wife Angelina Jolie on Paramount’s sweeping drama “Africa.” He’s represented by CAA and Brillstein Entertainment Partners, while Zemeckis is repped by WME.