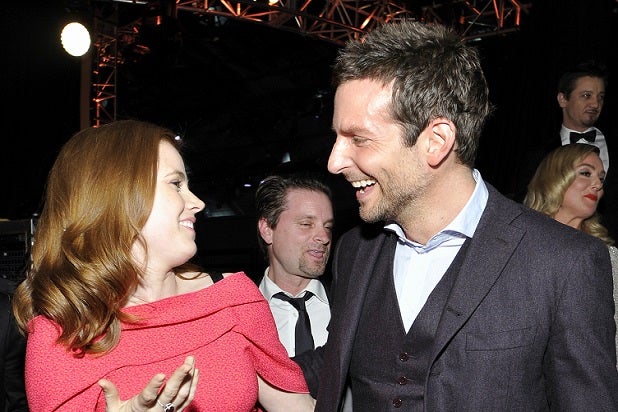 The Screen Actors Guild Awards are going to do the “Hustle” in a big way this year.

“American Hustle” co-stars Bradley Cooper, Amy Adams and Jeremy Renner are among the final round of presenters for the SAG Awards.

Adams, Cooper, Cumberbatch and Fey are nominated for SAG Awards this year.

The Actor recipients for this year’s SAG Awards will be announced during a live simulcast on TNT and TBS on Jan. 18 at 8 p.m. ET/5 p.m. PT, from the Los Angeles Shrine Exhibition Center.