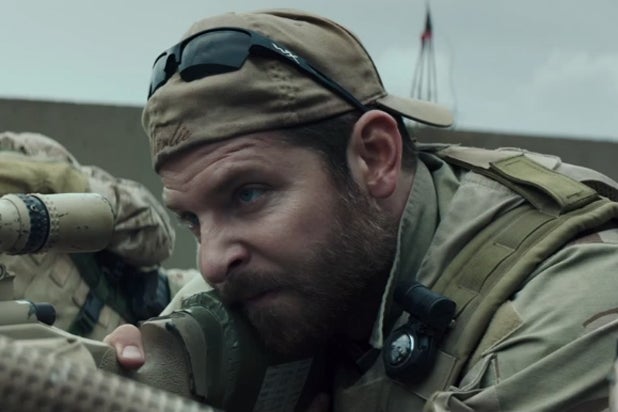 Warner Bros. has released the first trailer for Clint Eastwood‘s war drama “American Sniper,” which stars Bradley Cooper as decorated Navy SEAL Chris Kyle, who was credited with the most sniper kills in U.S. military history.

Eastwood directed the Warner Bros./Village Roadshow war drama from a script by Jason Hall. Cooper produced along with Eastwood, Robert Lorenz, Andrew Lazar and Peter Morgan. Village Roadshow Pictures co-produced and co-financed the fpm with Warner Bros., whose Jon Berg oversaw the project for the studio.

Warner Bros. will give the movie a limited release on Christmas Day to qualify for awards before the film expands on Jan. 16, 2015. Early whispers suggest “American Sniper” will be a major Oscar contender with strong commercial potential.

Watch the gripping trailer below, in which Cooper must grapple with killing a child who poses a threat to his brothers in arms.