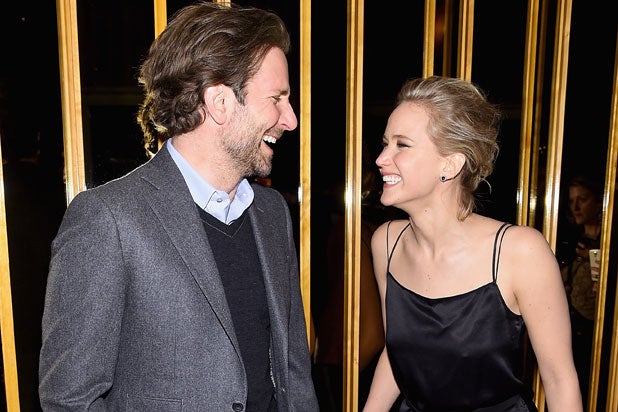 “One thing I could say is that’s interesting because if you think that you only deserve a certain amount and that’s not correct, it’s about changing that mindset and sticking up for yourself,” Cooper told E! News on Tuesday, while acknowledging he hadn’t read the article in its entirety. “So, that’s a great thing.”

Lawrence admitted that she “failed as a negotiator” in an op-ed piece titled, “Why Do I Make Less Than My Male Co-Stars?” published in Lena Dunham‘s feminist newsletter, “Lenny,” on Tuesday. She explained that she “gave up early” because wanted to be liked.

“When the Sony hack happened and I found out how much less I was being paid than the lucky people with dicks,” Lawrence wrote.

The Academy Award-winning actress went on to say that she wasn’t angry at men in the industry when she learned she had been paid less than her male “American Hustle” co-stars — a startling fact revealed by emails leaked in the Sony hack — she was disappointed at herself for not fighting for more money.

In fact, an email between Andrew Gumpert, president of business affairs for Columbia Pictures and Sony co-chair Amy Pascal and Doug Belgrad, president of SPE Motion Picture group, revealed that Lawrence made two points less than her male costars for the film “American Hustle.”

“Got a steve warren/gretchen rush call that it’s unfair the male actors get 9 percent in the pool and jennifer is only at 7pts,” Gumpert wrote. “You may recall Jennifer was at 5 (amy was and is at 7) and WE anted in 2 extra points for Jennifer to get her up to 7. If anyone needs to top jennifer up it’s megan [producer Megan Ellison]. BUT I think amy and Jennifer are tied so upping JL, ups AA.”