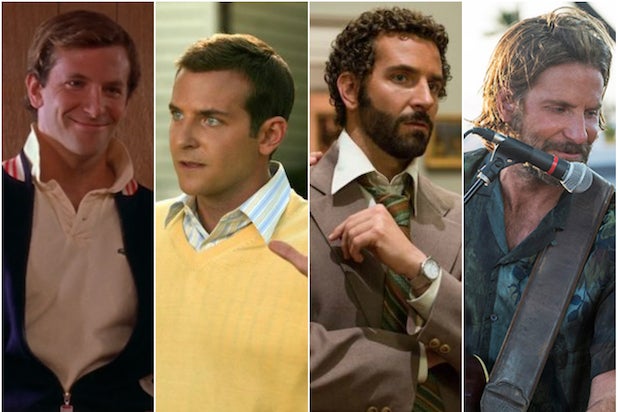 HBO
"Sex and the City" (1999)  Bradley Cooper's very first acting role was in the second season of "Sex and the City," where he had a quick fling with Sarah Jessica Parker's Carrie Bradshaw. But it ended after Cooper's character spotted an embarrassing photo shoot gone wrong of Carrie in a magazine. 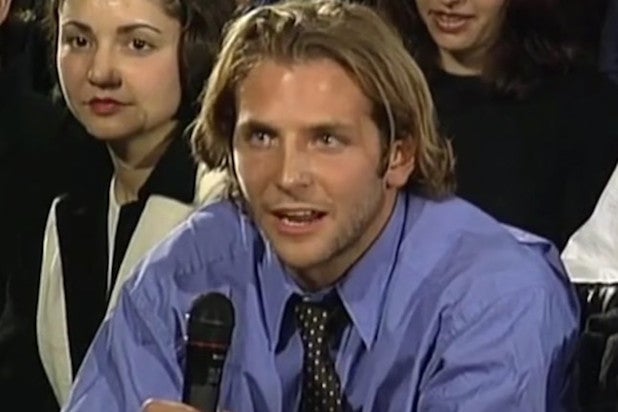 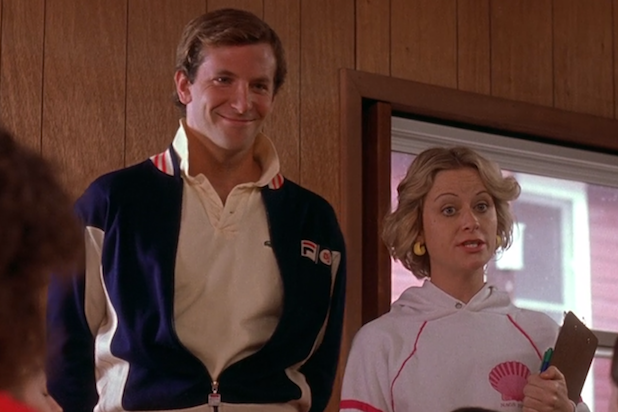 USA Films
"Wet Hot American Summer" (2001)  "Wet Hot American Summer" is a cult classic in part because it featured so many comedians who later went on to mega-stardom, including Amy Poehler, Paul Rudd, Elizabeth Banks and many more. In his feature film debut, Cooper plays a camp counselor and theater director -- and love interest to Michael Ian Black's character, as later revived in the "First Day of Camp" Netflix series. 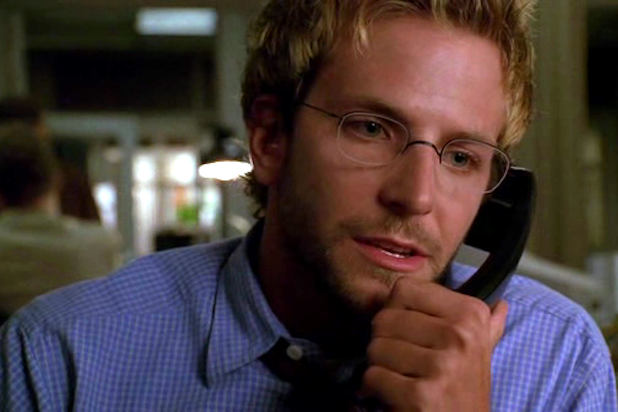 ABC
"Alias" (2001-2003)  One of Cooper's big recurring roles was as the nerdy Will Tippin on J.J. Abrams' "Alias." He played a newspaper reporter and friend to Jennifer Garner's superspy. Cooper later told GQ he was miserable on the set and asked for Will be written out, anticipating he might eventually be fired. 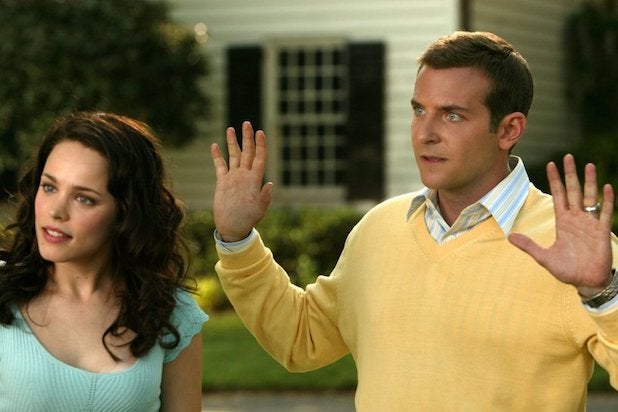 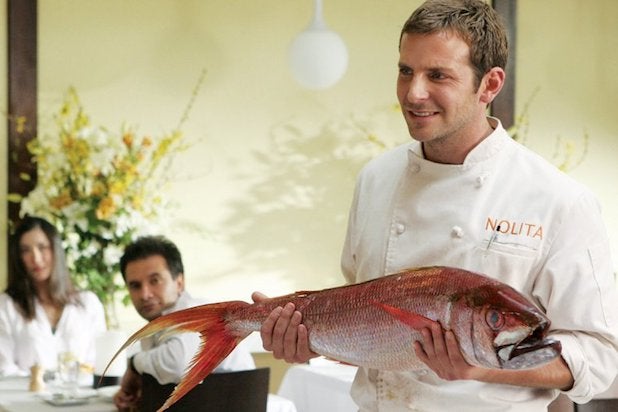 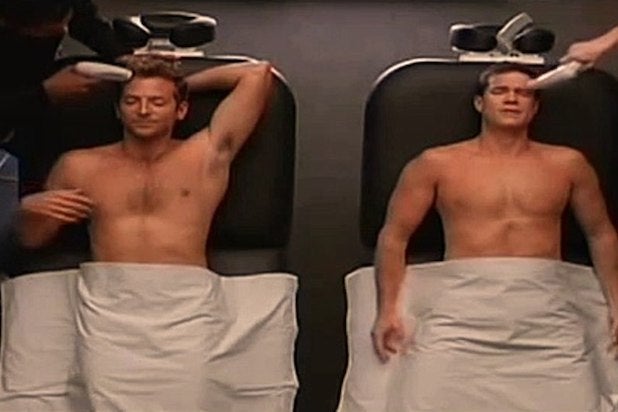 FX
"Nip/Tuck" (2007)  Cooper had a six-episode stint on Ryan Murphy's FX drama "Nip/Tuck," playing an actor named Aidan Stone. Back then, he was still being referred to in news reports as the "'Alias' hottie." And sure enough he found an opportunity to take his shirt off, as in this clip, where Cooper plays a surgeon in a TV drama who ends up stripping down to save a man's life. 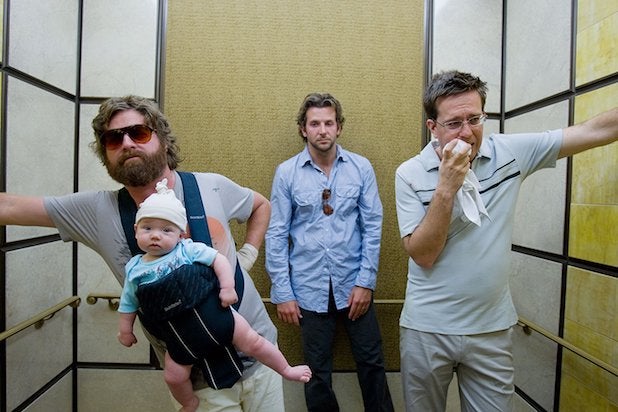 Warner Bros.
"The Hangover" (2009)  In addition to "He's Just Not That Into You," Bradley Cooper's breakout role came in 2009 when he co-starred in the surprise smash comedy "The Hangover." Cooper plays a type-A personality opposite Ed Helms and Zach Galifianakis. With this hit, and its two sequels, showed his versatility as a comic actor and launched himself into movie stardom. 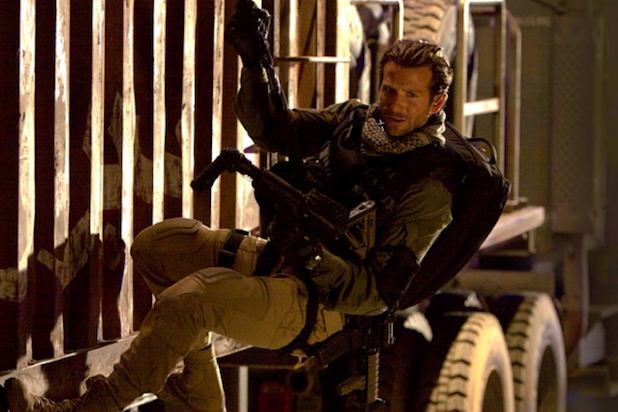 "The A-Team" (2010)  Cooper starred opposite Liam Neeson, Sharlto Copley and Quinton "Rampage" Jackson in the remake of the '70s TV show "The A-Team," stepping into the role made famous by Dirk Benedict. 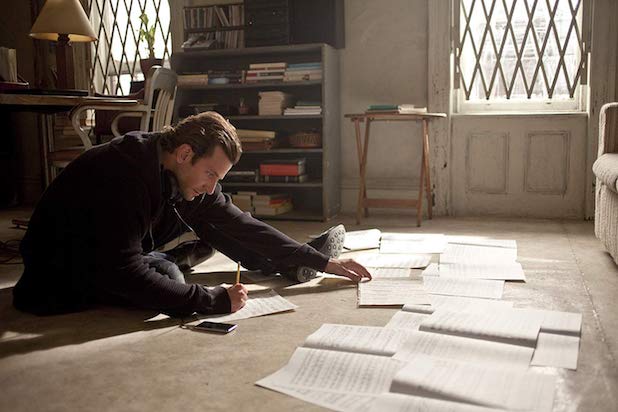 Relativity Media
"Limitless" (2011)  Not only did Cooper get to strut his stuff as a leading man, he also served as a producer on "Limitless," Neil Burger's thriller about a man who takes a pill that enables him to tap into 100 percent of his brain's capabilities, making him a savant at anything he touches. Sounds a lot like Cooper, to be honest. Cooper would even cameo in CBS' short-lived spinoff series. 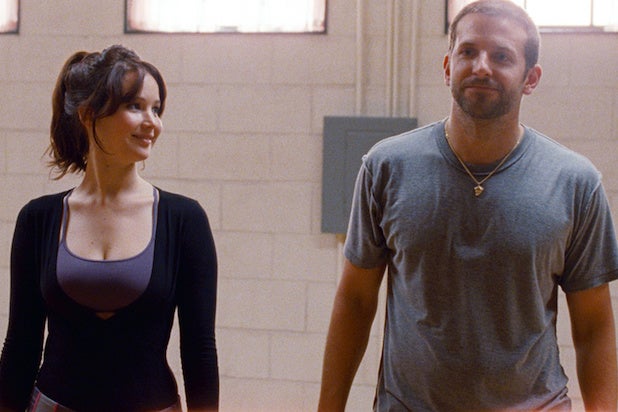 The Weinstein Company
"Silver Linings Playbook" (2012)  Cooper's first taste of prestige fare was in David O. Russell's "Silver Linings Playbook," playing a Philadelphia man recently out of a mental institution who is still recovering from anger issues and outbursts. Opposite Jennifer Lawrence, Robert De Niro and Jacki Weaver, the role was by far the highlight of Cooper's career until that point, netting him his first Oscar nomination. 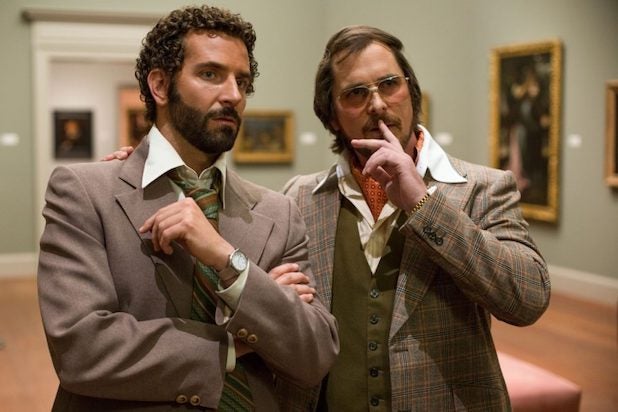 Columbia Pictures Corporation
"American Hustle" (2013)  Cooper would pair with David O. Russell and Jennifer Lawrence again in the '70s throwback caper "American Hustle," even getting a stylish perm (and another Oscar nomination) for the part. 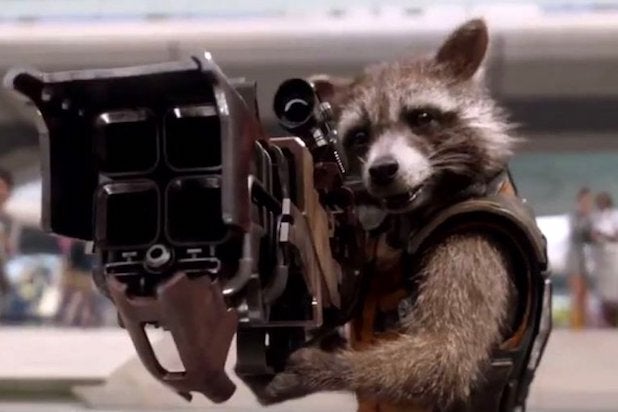 Marvel
"Guardians of the Galaxy" (2014)  While Cooper isn't technically a superhero, he's part of the Marvel Cinematic Universe as the voice of Rocket in "Guardians of the Galaxy." Cooper has called his voice a combination of Gilbert Gottfried meets Joe Pesci. "I look at him now, and that's me," he told Ellen DeGeneres. 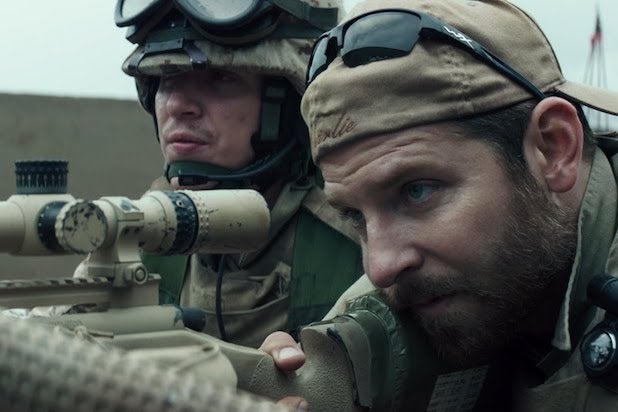 Warner Bros.
"American Sniper" (2014)  Cooper would be nominated as both an actor and as a producer for his work on Clint Eastwood's "American Sniper." The story of U.S. Marine Chris Kyle became the highest grossing movie of 2014. 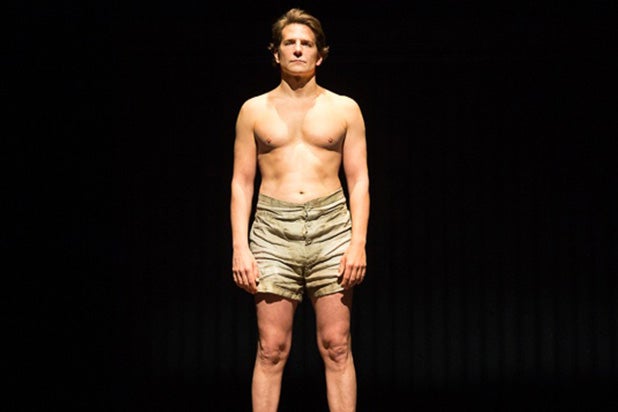 Broadway.com
"The Elephant Man" (2015)  In 2015, Cooper took his talents to Broadway, going full method in his portrayal of the Elephant Man John Merrick. The production broke records at the box office, but some quibbled that Cooper was too attractive for the role.

Warner Bros.
"A Star is Born" (2018)  Cooper got his shot at directing when he took over for Clint Eastwood on the latest remake of the oft-remade "A Star Is Born." At that point, Beyoncé was still attached to a lead role that would eventually go to Lady Gaga -- as an up-and-coming singer who falls under the wing (and falls for) an older musician played by Cooper himself.
x
Looks like you're enjoying reading