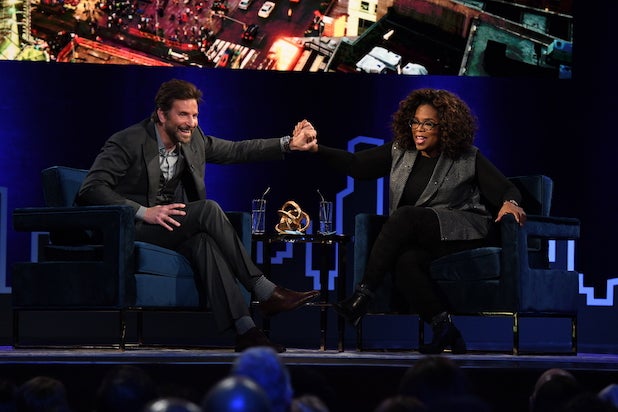 Bradley Cooper was widely considered one of the biggest snubs by the Academy when he didn’t receive a nomination for Best Director for his work on “A Star is Born.” While it was a surprise for prognosticators, Cooper took the news differently, noting that he was “embarrassed” to not have done his part to earn a nod.

“I was not surprised. I’m never surprised about not getting anything,” Cooper told Oprah Winfrey on Tuesday as part of her “Oprah’s SuperSoul Conversations from Times Square.” “I felt embarrassed that I didn’t do my part. Well, I’ll work on that.”

Cooper was told “A Star is Born” got eight nominations in all, but his team didn’t tell him the bad news that he was snubbed for Best Director. That’s when the embarrassment set in.

Also Read: Bradley Cooper Shocks Spike Lee by Revealing He Once Auditioned for Him: 'You Got Me Out Quick'

“If I were you, I would be feeling some kind of way,” Winfrey said to Cooper. “Yeah, embarrassment. I didn’t do my job,” he replied.

The nominees for Best Director at the 2019 Oscars are Alfonso Cuarón for “Roma,” Spike Lee for “BlacKkKlansman,” Pawel Pawlikowski for “Cold War,” Adam McKay for “Vice” and Yorgos Lanthimos for “The Favourite.”

Cooper also talked with Oprah about the advice he got from Lady Gaga about singing, which was to “not” try to actually sing and instead just focus on telling a story. And he also talked about driving around Santa Barbara trying to find Oprah’s house, and about holding his father in his arms as his father died.