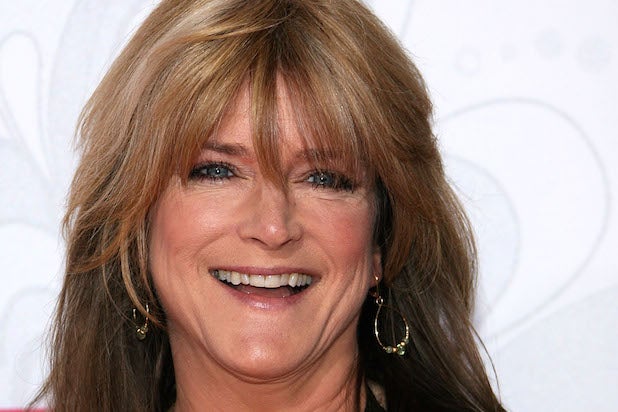 Former “Brady Bunch” child star Susan Olsen was fired from her hosting gig on LA Talk Radio after sending a homophobic-tinged message to one of her guests.

The 55-year-old, known for playing Cindy Brady on the famed ’70s sitcom, co-hosted a radio talk show called “Two Chicks Talkin’ Politics” and went on a rant against openly gay actor Leon Acord-Whiting after the two debated various issues on the show.

The actor publicized a private message Olsen sent to him on Facebook following the broadcast, which read, in part, “You are the biggest f—– in the world.” 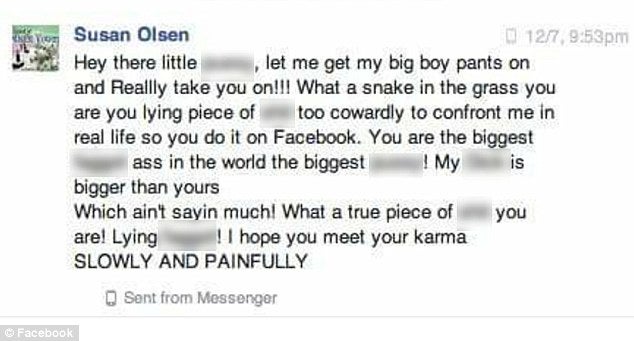 Acord-Whiting followed it up with a statement: “It is wildly irresponsible for LA Talk Radio to allow a Trump fanatic to co-host one of their programs, where she can spew her idiotic lies unchecked. (Being a liberal and a patriot are mutually exclusive? Hillary is causing the protests & hate crimes? The Koran is a political tract?),” he wrote, mentioning topics discussed during his show appearance on Wednesday.

“As much as I love [co-host] Sheena Metal, I think LA Talk Radio needs to give ‘Cindy Brady’ her walking papers,” he added. “I will not listen to or appear on any shows there from this point forward until she’s gone. This isn’t just disagreeing on, say, tax plans or foreign policy. Susan Olsen spreads outrageous misinformation & it is dangerous and unprofessional.”

Olsen fought back, saying on Facebook, “This is the little piece of human waste. He blocked himself from me before I could even get one hit in. If you can find him, please send him my love.”

LA Talk Radio said in a Friday Facebook post that it “will not tolerate hateful speech by anyone associated with our radio station and have severed our ties with a host that veered off the direction in which we are going.”

The station added in its message on Friday that it “takes pride in its close and collaborative relationship with the LGBT community and will continue to provide a home for those who have hopeful and positive messages of togetherness and tolerance to share with our listeners.”

Prince died. David Bowie died. And those weren’t even the worst things

If we told you on Jan. 1 how many awful things were going to happen in 2016, you would have stayed in bed. We know 2001 was the worst year America had in a long time, but here are 16 ways that 2016 has been the worst year since.