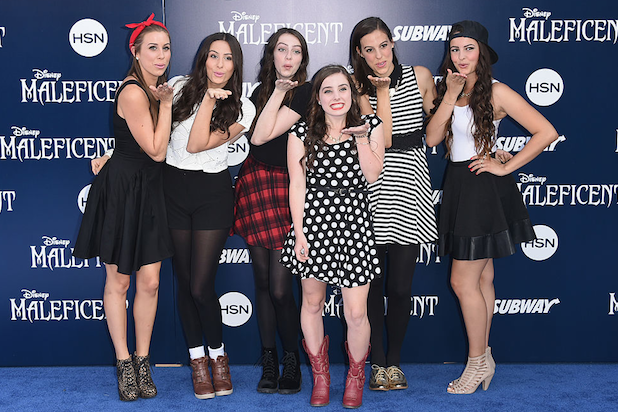 As more kids shun traditional media platforms in favor of online video, advertisers are scrambling for the best way to leverage digital media creators to market their products.

This challenge has led brands to a near obsession with the top buzzword of VidCon 2017 — “authenticity.” Spend more than five minutes with anyone involved in online content, and you’re bound to hear it.

Its importance is somewhat obvious: Brands don’t want it to seem like their partners are complete shills for their product. If a creator can seem genuinely invested in what they’re hocking, it’s marketing gold.

“Authenticity is your greatest currency when working with a brand,” said Brad Murphy, CEO of Seismic, a digital marketing agency.

Still, brands will continue to line up for “authentic” creators because it breeds a sense of confidence in their products.

“Consumers get our most trust for product recommendations from influencers, where historically it’s been friends and family,” said Bill Hildebolt, CEO of Gen.Video, a digital marketing firm bringing together brands and creators.  “The problem with friends and family is — they’re completely authentic and they’re completely trustworthy — but they don’t have the expertise we now expect and have at our fingertips through influencers.”

Hildebolt told TheWrap new data shows digital influencers have not only surpassed the impact of family and friends, but also celebrities.

With brands seeing the incredible sway digital influencers have, they’re now flocking to YouTubers for partnerships. But this poses a dilemma of sorts for creators — how do you maintain “authenticity” while actively promoting a product?

“It comes down to what you choose to associate with. I don’t think it’s possible to be authentic if you’re promoting something you don’t actually like or use,” said Katherine Cimorelli in an interview with TheWrap. Katherine is a member of the Cimorelli group, a six-sister musical group with nearly four million YouTube subscribers.

Her sister, Christina, echoed the sentiment: “We promote things all the time to our friends [in our personal lives] — oh I read this book, or I’m trying this new product. So it can be authentic if its something you really like.”

Passion for a product — or at least the ability to appear passionate — appears to be the key towards keeping a digital audience engaged for creators. As more brands shift their advertising online, influencers believe their fans are open to arrangements, if they feel “real.”

“I think audiences are realizing more and more now that it’s okay people are sponsored by brands, if it doesn’t seem like a sell-out to them,” said Zach King, best known for his “magic” Vines and YouTube videos. “If they know you’re passionate about it, then they’re actually excited for you.”