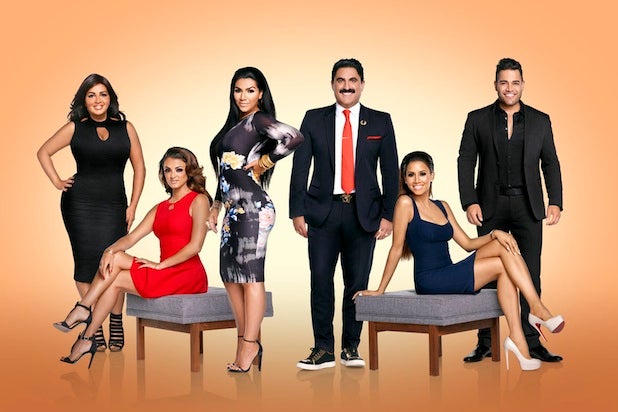 Bravo has pushed back the Season 4 premiere date of “Shahs of Sunset” amid a strike by its post-production crew, TheWrap has learned.

“Bravo has decided to push the premiere date for ‘Shahs of Sunset’ to a later date,” a representative from the network said. “The new airdate has yet to be determined.”

The postponement occurs just days after the network announced the show will return on Monday, Oct. 13 at 9 p.m. and released its first trailer.

“What we’re striking for is health coverage and pension payments,” Motion Picture Editors Guild president, Alan Heim, A.C.E., told TheWrap. “Reality television is getting to be more and more a field that many of our members work in and we have to fight back against non-union shops.”

The strike came a day after members of the crew walked off set Tuesday in protest over unsatisfactory working conditions. “The artists and craftspeople who do that work seek the same basic industry standards that their counterparts in scripted programming have long enjoyed,” said Heim in an earlier statement. “For a show celebrating flamboyant opulence, it should be embarrassing that they don’t provide employees with health and retirement benefits.”

Less than a month ago, a similar strike succeeded in winning a contract for employees of  “Survivor” on CBS.