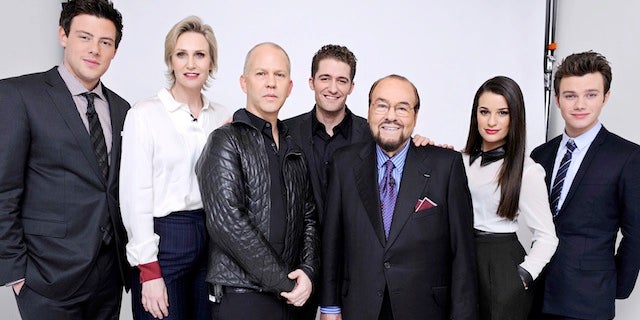 Lipton appeared on last year's Season 3 finale in which he had to reject Monteith's Finn from the Actors Studio Drama school.

"That’s the way Ryan Murphy wrote it," Lipton remembered. "I would have admitted him – in a New York minute."

Earlier that year, the cast appeared on the Bravo interview series in which Lipton asked Monteith what God would say to him when he arrives to Heaven's gates.

"Cory’s God said, ‘Uh, sorry I haven't been around. There’s a good explanation.’ I certainly hope there is. We needed Cory’s gifts,” he said.

Monteith, 31, was found dead in Vancouver on Saturday. Police have ruled out foul play and an autopsy is scheduled for Monday. An original castmember on "Glee," Monteith starred on the series since its debut in 2009.

Watch a highlight from "Glee's" "Inside the Actor's Studio" episode below.