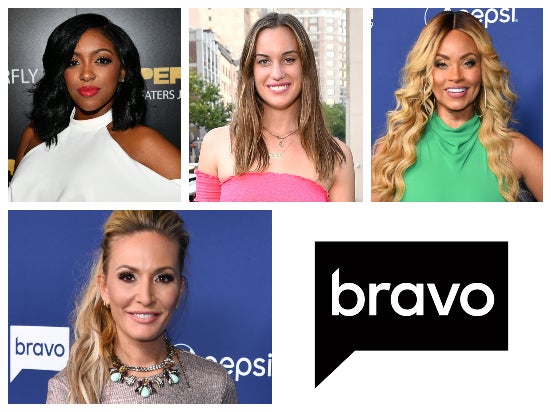 Bravo is adding an all-female talk show to late night, and its hosts will already be familiar to those who are fans of the cable network.

Chastain, who also serves as an executive producer, told TheWrap about how she had the idea for the show a few years ago.

“When we started talking about it, it was pre-pandemic. Years ago when I was running this idea past a producer friend, I was like, ‘Gosh, I love all these iconic personalities on Bravo but they live in different locations.’ And this producer friend of mine — two years ago — said, ‘What if they all call in via video conference like CNN?’ And little did we know Zoom would be a thing of the future so it’s worked to our advantage.”

Each of the four hosts will appear virtually from their own home. Despite her years of boating experience, Chastain joked that setting her “Chat Room” area up was a challenge.

“Since the pandemic hit I have learned to become my own production studio,” she explained. “[Bravo] sent us all sorts of equipment. These poor tech people asked, “Do you have the ethernet cord we sent you?” I was like, “Is this it?” They replied, ‘That’s your cell phone charger.’ There are bits and bobs. At one point I had to put up a green screen. That too me a LONG time. We are really learning over here!”

Luckily, talking on camera is not a challenge.

“This is much different — it’s a 30-minute talk show so we have to keep it moving and these ladies are all opinionated themselves,” she added. “All four of us have been on Bravo shows discussing bravo shows so we’ll be able to break down the fourth wall a little bit which is unique to a talk show.”

In addition to discussing Bravo shows and pop culture, current events will come up. Williams, for example, has been an active participant in the #BlackLivesMatter and social justice movement in the wake of the deaths of George Floyd and Breonna Taylor.

While she describes the tone as “light” and “Bravo-centric,” Chastain says the panel may address subjects including the ongoing coronavirus pandemic and upcoming election. “I think we all know that especially this year when voting is so important, we are going to be talking about it. I’m really excited to hear all the women’s opinions.”

One other thing Chastain is excited about? Wearing normal clothes.

“I’m just excited to be on TV in something other than a uniform,” she quipped. “I went to Catholic school for 12 years so I’m really tired of uniforms. That’s all we wore on ‘Below Deck.”

“I am thrilled for these Bravo ladies who already have such big personalities on our network to come together (virtually) for the ultimate group chat,” executive producer Andy Cohen said via a statement. “Their quick wit and powerful observations will provide a much-needed voice in today’s pop-culture landscape delivered in a way that only Bravo can.”

'Real Housewives': These Originals Have Stuck Through the Drama Since Day One (Photos)

Teresa Giudice, Kyle Richards and Ramona Singer have been with their respective franchises since the very beginning

Being a cast member on one of Bravo's "Real Housewives" franchises means opening up your personal and professional life to the cameras -- not an easy task for a few months, much less year after year.

Out of over 100 housewives, less than a handful have appeared on their shows continuously since day one. Some wives voluntarily leave to pursue other opportunities or escape the cameras, while others are fired as storylines peter out or viewers' interest wanes.

Here are the "Real Housewives" stars that have been there since the very beginning of their franchises.

For this gallery, TheWrap looked at "Real Housewives" franchises that have been around for more than five seasons, so it excludes the Potomac, Dallas, Miami and D.C. casts.