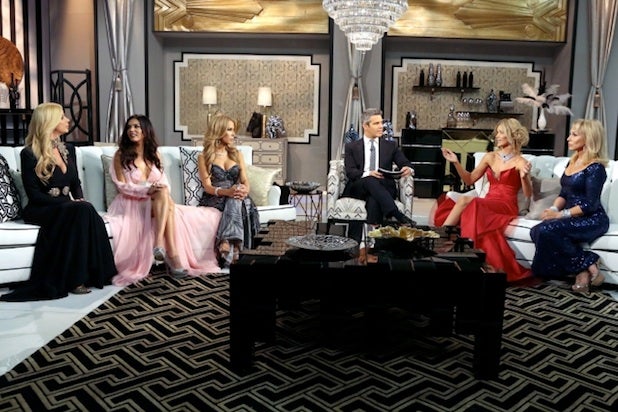 Bravo’s “Real Housewives of Miami” finishes out its third season on Thursday with the second installment of its reunion special at 9/8c. It caps off a season that may not have earned the ratings or attention Bravo hoped for when it retooled the series ahead of Season 2.

Emergency sirens went off earlier this week when the network announced that it had moved the second installment of its reunion specials to Thursday, replacing its former timeslot next Monday with a repeat of “The Real Housewives of Beverly Hills.” Does the network feel a repeat will actually do better?

The network gave “Miami” a shot of confidence with a second season renewal, despite low ratings, and then invested in the series by giving it a makeover that included some recasting and a new production company, Purveyors of Pop, as this journalist was the first to report.

Yet, all that attention hasn’t made the series more successful or more buzzworthy. TheWrap takes a look at why:

Ratings
“Miami’s” live ratings for the third season average 1.02 million total viewers, according to Nielsen. That’s a steady decline from Season 2 (1.06 million) and Season 1 (1.16 million viewers) — not exactly the kind of return a network wants to see for its investment.

Ratings play a huge part in the decision-making process for series renewals as they dictate advertising rates, a network’s bread and butter. In the advertiser-coveted adults 18-49 demographic, “Miami” attracted an average 574,000 viewers, a steady double-digit percentage decrease since Season 1, an eight percent decrease over Season 2.

The comps
“The Real Housewives of DC” was the first and only series from the franchise to get canceled.

The decision wasn’t purely based on ratings. Its inclusion of notorious White House party crashers Michaele and Tareq Salahi in the cast dominated the season’s storylines and made the network seem as if it had been an accessory in the couple’s antics. A strike against it from the beginning.

But, the most probable cause for “DC’s” cancelation was the belief that the women were on constant guard (Read: Boring) and that the highly politically-conscious city could never deliver the kind of open, honest expression the “Real Housewives” franchise cashes its checks against.

The Miami women have no problem expressing themselves, so what does “DC” have to do with them? Again, DC is the only series in the franchise to have been canceled. And while ratings weren’t the sole reason for its demise, it’s called show business for a reason.

“DC’s” viewership wasn’t breaking records but they were moderately solid by Bravo standards with an average 1.3 million viewers. But, “Miami’s” audience is even lower. So, how could Bravo justify continuing with Miami when it perennially earns lower ratings than the canceled “DC”?

The chatter
Buzz is a good barometer of a show’s success and “Real Housewives” buzz generally can be legendary in scope.

“RHONJ” has more than 150 percent (473.9 thousand to 186.9 thousand) more users on Twitter who saw tweets about its reunion in comparison to “Miami’s.”

Clearly, Bravo’s makeover of the series did very little to make it successful. Do you think “RHOM” should be renewed for a fourth season?