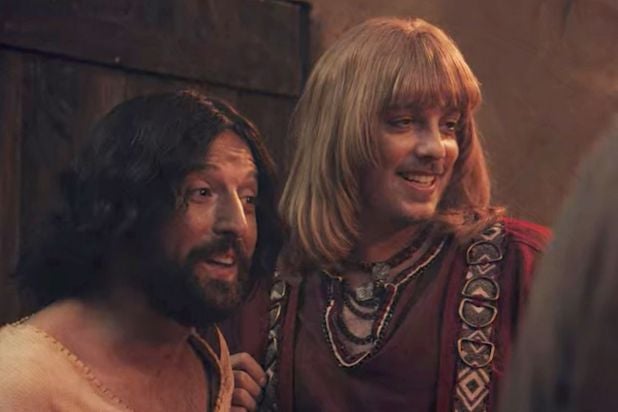 A Brazilian judge has ordered Netflix to stop showing a comedy special called “The First Temptation of Christ” that insinuates that Jesus Christ was gay.

According to the Associated Press (via the New York Times), Rio de Janiero judge Benedicto Abicair responded to a petition by a Brazilian Catholic organization that demanded Netflix to remove the film, saying it hurt the “honor of millions of Catholics” in the country. A petition started on Change.org last month has received over two million signatures demanding public retraction of the film.

“The First Temptation of Christ” comes from a Brazilian comedy group called Porta dos Fundos, and the special imagines Jesus returning home on his 30th birthday with a gay friend.

Netflix had no comment on the ruling. Porta dos Fundos did not immediately respond to a request for comment.

According to AP, backlash over the special in Brazil triggered a bombing attack on the Porta dos Fundos headquarters on Christmas Eve, in which a group of hooded men threw Molotov cocktails at the company’s offices. No one was hurt.

Porta dos Fundos also recently spoke with Variety about the special, arguing that the special represents freedom of expression.

“We play at insinuating that Jesus has a new friend, and probably this new friend is gay, but they have just been having fun and a very good time in the desert for 40 days,” star Fábio Porchat told Variety in December. “If anybody should be angry with us, it should be the gay community because a gay character turns out to be the Devil. But the gay community loves us!”