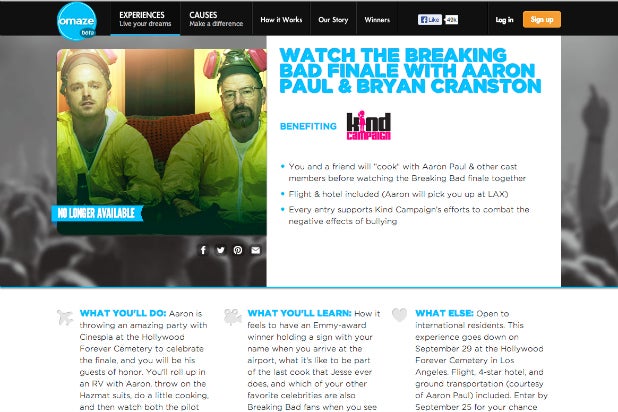 Aaron Paul is a giver, and so are his fans.

The experience, listed on Omaze, grants the winner and a friend flight and hotel, ground transportation by Jesse Pinkman himself, the opportunity to “cook” with, watch the final episode and party with Paul and other “Breaking Bad” cast members, and more.

We raised nearly 1.8 million for @kindcampaign. That is because of all of you. Words can’t express how unbelievably grateful I am. #iLoveU