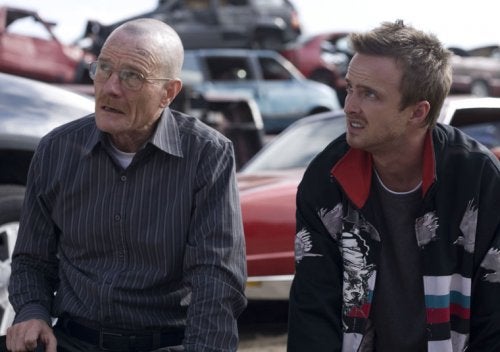 With star Bryan Cranston winning his second consecutive dramatic actor Emmy last fall, you’d expect AMC to hype the third season of “Breaking Bad,” which kicks off March 21, with as much gravitas as it could muster.

To support its “Better Call Saul” promotional campaign, AMC has even set up a mock ambulance-chaser’s webpage, with visitors advised to call the good barrister if they run into a DUI, get caught dealing drugs or stealing from their employer… or if they happen to be illegally harboring a tiger that eats a neighbor.

This week’s special? 2-for-1 legal services on shoplifting arrests.

Among other Saul services touted on the video-laden sight, Odenkirk delivers a tearful message to anyone affected — or inconvenienced in any way — by the tragic crash of Wayfarer Airlines Flight 515: “At times like this,” Saul says, “we ask ourselves deep questions: Is there a god? How could he let this happen? Who did this to me? Who can I sue?”

“It’s a very humorous way to get viewers into this series, and we’re really trying to explore things that would resonate on a digital platform,” explained Gina Hughes, VP of marketing for AMC.

For his part, Odenkirk has worked extensively in the realm of Internet video, having done work for destinations including Funny or Die. He said he enjoyed crafting the site with “Breaking Bad” producer Peter Gould.

“There’s a black humor to this show, and I think my character really points to that,” he explained.