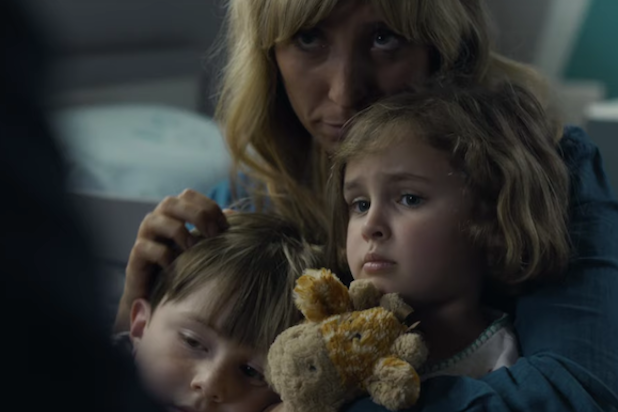 FX is pregnant with more “Breeders” on the way. The cable channel has renewed Martin Freeman and Daisy Haggard’s bad-parenting comedy for Season 2.

“We are proud of everything the creative team and talent on ‘Breeders’ achieved in the first season and look forward to seeing where they take it in season two,” Nick Grad, president of original programming at FX Entertainment, said in announcing the renewal. “‘Breeders’ has really resonated with viewers, who’ve come to appreciate its honest and humorous take on the challenges of modern parenting.”

“So pleased we get another go at ‘Breeders,'” Freeman said in a statement on Monday. “I reckon the next one will be even better. It’s such a pleasure working with this team… we’ll see you all soon. Well, not soon. But at some point, honest.”

In “Breeders,” Freeman stars as Paul, a caring father discovering he’s not quite the man he thought he was, per FX. Haggard plays his wife Ally, who runs a recording studio, makes Paul laugh and has the ability to read a story to their children while she’s technically asleep.

In Season 1, Paul and Ally are juggling full-time careers, aging parents, a mortgage, upheavals in their relationship and the unenviable curveballs of parenting their young children, “Luke” (George Wakeman) and “Ava” (Jayda Eyles), according to FX’s series descripton. When Ally’s estranged father “Michael” (Michael McKean) appears on their doorstep, the family essentially takes on a third child but this one comes with baggage and opinions. Paul’s own parents, “Jackie” (Joanna Bacon) and “Jim” (Alun Armstrong), are on hand to help out, but their generation does parenting a little differently.