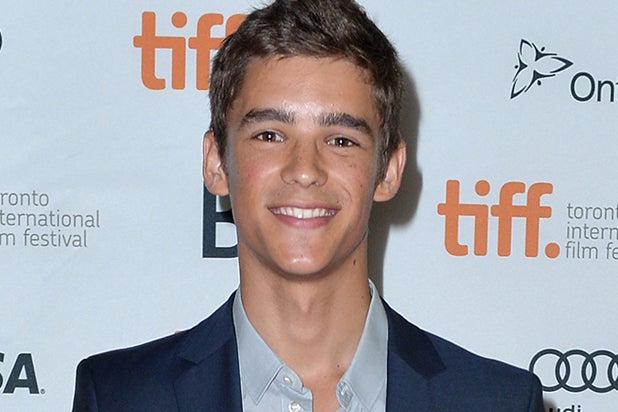 After landing the young lead in “Pirates of the Caribbean: Dead Men Tell No Tales,” rising star Brenton Thwaites is set to star in Steven C. Miller’s zombie movie “Office Uprising,” which Brian O’Shea’s The Exchange will begin shopping to foreign buyers in Berlin this month.

“Office Uprising” takes place inside one of the world’s leading arms manufacturers, where the board of directors drugs its employees to make them work more efficiently. Due to a slacker’s error, the employees are given the wrong drug and start turning into homicidal maniacs. It’s up to the slacker to rescue himself and his friends from the zombie plague that has been unleashed inside the company compound.

Miller (“The Aggression Scale”) will direct from a script by Ian Shorr and Peter Gamble. William Clevinger (“Submerged”) will produce the film with Giulia Prenna.

Also Read: Brenton Thwaites in Talks to Join 'Pirates of the Carribbean 5' (Exclusive)

“Fans of the growing zombie genre craze are going to love ‘Office Uprising,'” said O’Shea, whose company will begin selling worldwide rights at Berlinale and the European Film Market. “We are truly excited to have cast Brenton Thwaites, a sensational, versatile young leading man who will hit the comedic notes and sell the action. Similar to Nicholas Hoult in ‘Warm Bodies’ and Jesse Eisenberg in ‘Zombieland,’ Brenton Thwaites has the star quality to make ‘Office Uprising’ into a breakout theatrical hit.”

Thwaites previously starred in “Maleficent” and “The Giver,” as well as the genre films “Oculus” and “The Signal.” He was especially good opposite Ewan McGregor in the little-seen indie “Son of a Gun.” The Australian actor, who next stars in Alex Proyas‘ big-budget fantasy film “Gods of Egypt,” is represented by WME and Industry Entertainment.