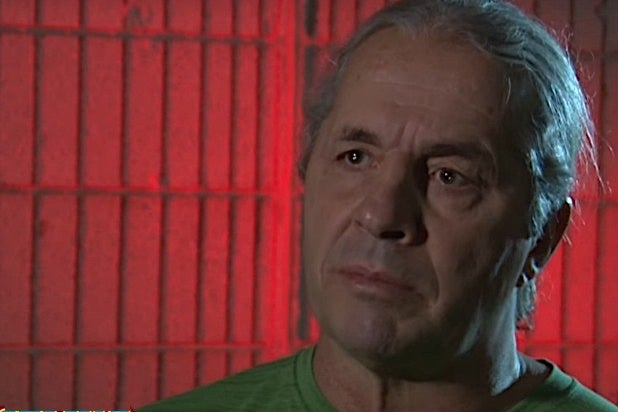 A 26-year-old man has been taken into custody after attacking former professional wrestler Bret Hart during the WWE Hall of Fame induction ceremony on Saturday night, the New York Police Department has confirmed to TheWrap.

Hart was onstage at the Barclays Center in Brooklyn to honor the life of his brother-in-law and tag team partner, Jim “The Anvil” Neidhart, who died in August of last year at the age of 63. Together, the two men became two-time WWE Tag Team Champions as the iconic duo The Hart Foundation, which was inducted into the WWE Hall of Fame last night.

While  Hart was speaking to the crowd alongside his niece and Neidhart’s daughter, Natalya Neidhart, a man wearing a Rastafarian hat rushed the stage and attempted to tackle Hart. The attacker, who was later identified as Zachary Madsen, was immediately pulled away from Hart by multiple WWE wrestlers and security guards, including Hart’s former apprentice Tyson Kidd. The WWE Network streaming broadcast of the event was cut off during the incident.

The attack on Bret Hart & Natalya.
What a disgusting act. #WWEHOF pic.twitter.com/3IwjyhMGzX

“I’m so proud of my uncle @BretHart tonight during our HOF ceremony,” Neidhart tweeted after the event. “Bret is a cancer survivor, a stroke survivor and one of the greatest wrestlers of all time. He didn’t deserve to be attacked or have his moment or my dad’s diminished. We got it back on track. Thank you, guys.”

An NYPD spokesperson says the attacker is facing two charges of third-degree assault and a third charge of criminal trespass. Hart was not injured by the attack and is still set to appear at WWE’s Wrestlemania, which will be held at MetLife Stadium on Sunday night.