The group did not immediately respond to TheWrap’s request for comment. But in a statement provided The Hill, organizers said: “Brett Kavanaugh is an extremist ideologue who, if confirmed to the Supreme Court, will take away women’s basic rights.” 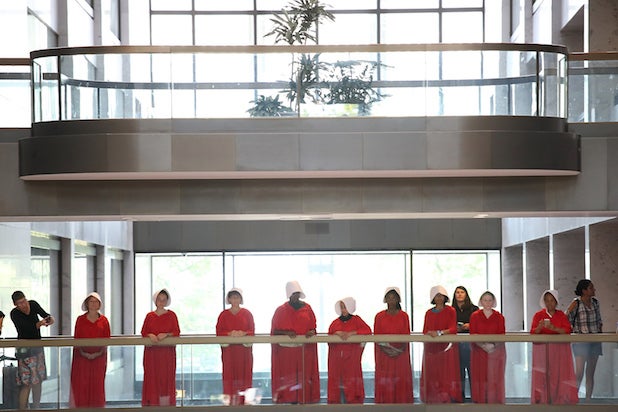 The Hulu series, based on the 1985 book of the same name by Margaret Atwood, is a dystopian drama about women who are forced into sexual servitude.

Kavanaugh’s critics are worried that if confirmed, he could become a powerful swing vote in the Supreme Court that could eventually overturn Roe v. Wade, the landmark 1973 case which established abortion as a constitutional right.

“Right now in American, far too many women of color cannot access safe, affordable healthcare and the ability to decide whether, when and how to raise thriving families is out of reach,” the statement read. “Brett Kavanaugh will take this already harsh reality and make it worse.” 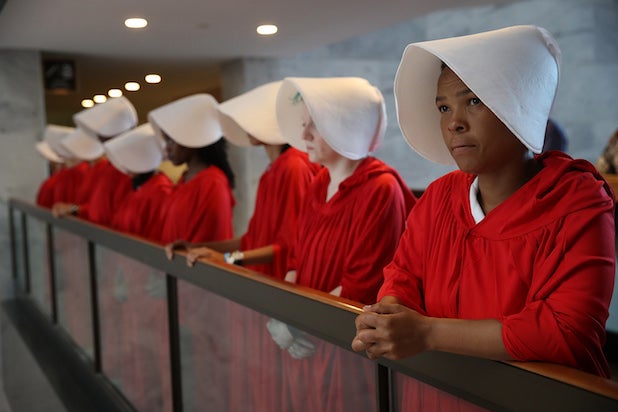 The hearings are expected to focus in part on whether Kavanaugh believes Roe v. Wade was correctly decided.