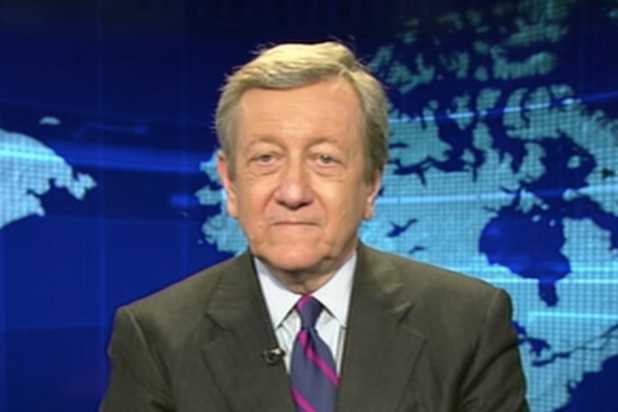 Brian Ross announced that he would be leaving ABC News after a 24-year career at the network and just months after he botched a major report about Gen. Michael Flynn and the Russia investigation.

In a tweet, Ross also revealed that Rhonda Schwartz, who served as chief producer for his old investigative unit, was also leaving the network.

“It’s time to say good-bye after 24 years at ABC News, an organization that has meant so much to us,” he said in the tweet. “While Rhonda Schwartz and I are signing off from ABC News, we are hardly leaving investigative journalism. There is much more to do.”

It's time to say good-bye after 24 years at ABC News, an organization that has meant so much to us. While Rhonda Schwartz and I are signing off from ABC News, we are hardly leaving investigative journalism. There is much more to do.

The news was announced internally by ABC News president James Goldston, who circulated an internal memo Monday thanking Ross for his service — and made no mention of the scandal that marred his final year at the network.

In December, Ross made headlines for falsely reporting that Donald Trump had asked Gen. Michael Flynn to make contact with the Russian government while he was a presidential candidate. The news provided what many thought would be a smoking gun proving international collusion between the Trump campaign and the Russian government.

Also Read: ABC News Chief Addresses Brian Ross: 'We Made a Mistake, We Made an Error'

However, Ross mixed up the dates. Trump did request that Flynn reach out to Russia — but only after he had defeated Hillary Clinton in the general election.

Ross was ultimately suspended for four weeks without pay and demoted to a less visible part of the company.

“It is vital we get the story right and retain the trust we have built with our audience – these are our core principles. We fell far short of that,” said the network at the time.