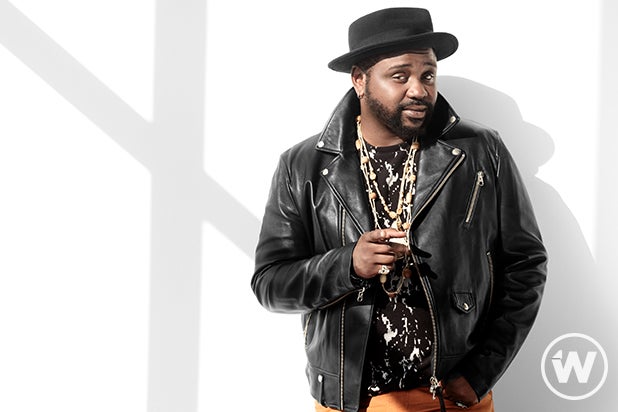 Brian Tyree Henry is in negotiations to join Emily Blunt in John Krasinski’s “A Quiet Place 2,” an individual with knowledge of the project told TheWrap exclusively.

Cillian Murphy, Millicent Simmonds and Noah Jupe are also starring in the sequel for which Krasinski is also writing the script. Plot details are being kept under wraps.

“A Quiet Place” starred Krasinski, Blunt, Jupe and Simmonds and grossed just over $340 million at the global box office. Since then, the film has won several awards, including the Critics’ Choice for Best Sci-Fi/Horror Movie and a Screen Actors Guild Award for Blunt. Krasinski also wrote the screenplay.

The film was about a family that has to live in complete silence, otherwise, creatures will hunt them. Even the most normal tasks become daunting: eating dinner with the family, playing board games or going fishing makes the characters fear for their lives.

Henry most recently starred in “If Beale Street Could Talk,” “Widows,’ “White Boy Rick.” and “Spider-Man: Into the Spider-verse.” He will next be seen in “Child’s Play,” “The Woman in the Window,” “Super Intelligence” and “Joker,” and “Godzilla vs. Kong” next year. He recently closed his deal to star in Lila Neugebauer’s untitled drama in which Jennifer Lawrence is also set to star.

His work in “Lobby Hero” on Broadway earned him at Tony nomination in 2018. He also received a Primetime Emmy nomination for his guest appearance on “This Is Us” in 2017.