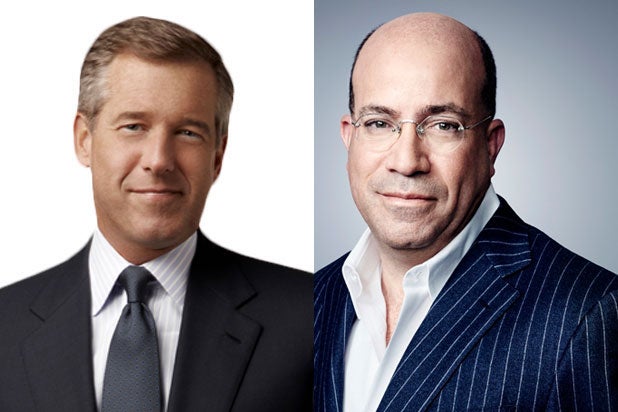 CNN President Jeff Zucker said that NBC anchor Brian Williams made “incredibly serious mistakes” that led to the journalist’s six-month suspension from the network this week.

Speaking at a breakfast for journalists on Thursday morning, Zucker — the former head of NBC network and top producer of NBC’s “Today” show — said:

He added, “But what’s clear is he made incredibly serious mistakes.”

In announcing the extraordinary suspension, NBC News President Deborah Turness said on Tuesday Williams misrepresented, on the air on Friday Jan. 20, that the helicopter he was riding took gunfire while he was covering the Iraq War.

“It then became clear that on other occasions Brian had done the same while telling that story in other venues,” said Turness. “This was wrong and completely inappropriate for someone in Brian’s position.”

Zucker added: “I feel really badly that this obscured what was otherwise a really fine career. As far as punishment, I really can’t speak to that. I don’t have all the facts.”

Williams is currently under investigation by NBC News.

In another matter, Zucker lamented the sudden, tragic death of longtime “60 Minutes” correspondent Bob Simon, calling it a “tremendous tragedy.” Simon, an award-winning veteran of foreign wars, was killed in a car accident on the West Side Highway of Manhattan on Wednesday.