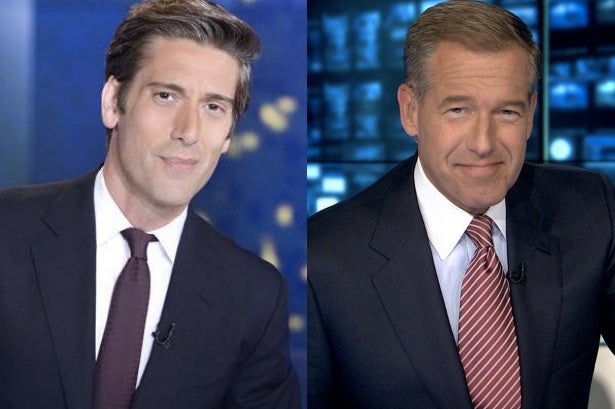 On Friday, “Nightly News” with Brian Williams‘ preliminary ratings were down 36 percent in the coveted A25-54 demo compared to the previous week’s average as controversy swirled around the anchor.

Although the numbers are preliminary (fast affiliate numbers) and only for one day, they show the controversy surrounding Williams has affected his show in the short term.

It is important to note that Williams’ competitors also dipped: ABC was down 16 percent and CBS down 17 percent compared to the previous week’s average.

He anchored Thursday and Friday and was center stage as a prominent story in the news cycle last week. CNN, Fox, MSNBC and broadcast networks have covered the Williams controversy, with some of those dubbing it a “scandal” and “credibility crisis.”

Digital media also had a field day, with harsh columns coming from the New York Times’ Maureen Dowd, the Baltimore Sun’s David Zurawik, and others.

After days of heavy press coverage, Williams announced on Saturday that he’s stepping away from anchoring for “several days.” On Sunday, he canceled his appearance on David Letterman scheduled for Thursday.