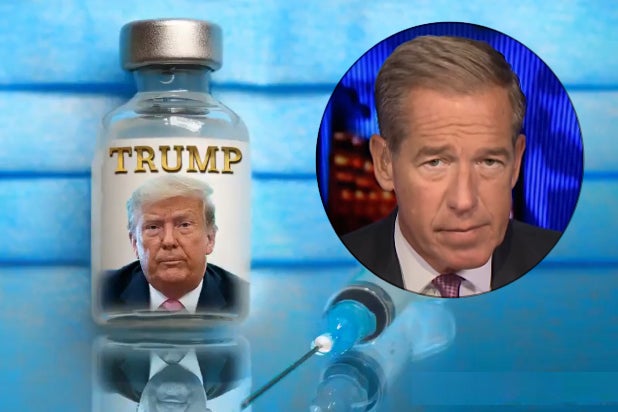 Brian Williams didn’t mince words in his broadcast Friday, sarcastically mocking Geraldo Rivera for suggesting that a COVID-19 vaccine could be named after President Trump. “For my money, Geraldo raises a good point,” the MSNBC anchor said.

Williams pointed out that the polio vaccine was, for years, called the Salk vaccine, named for the medical researcher who developed it, Dr. Jonas Salk. So why shouldn’t the new coronavirus vaccine be named after Trump?

“With the world so divided and everybody telling him he’s gotta give up and he’s gotta leave and time to transition and all the rest of it, why not name the vaccine The Trump?” Rivera said in the “Fox and Friends” clip, which showed co-host Brian Kilmeade clearly looking dumbfounded but what he was hearing.

Williams responded to Rivera’s suggestion by launching into his tongue-in-cheek monologue about all the good Trump and his other products have done for the country in the past.

“It’s possible we just don’t give the president enough credit for his FDR-like devotion to tackling this virus. His laser-like focus, his daily devotion, the sympathy he is forever expressing to the families of the quarter-million dead,” Williams said, as photo after photo flashed across the screen of Trump on the golf course as the number of infected and dying increased daily.

“Even the way the way the president lectures us in that way to please wear a mask and stop the spread,” Williams continued, as video played of Trump ripping off his mask when he returned to the White House after a hospital stay with COVID-19.

“Geraldo may be onto something,” Williams went on. “What Trump steaks did for the hungry, what Trump water did for the thirsty in our nation, what Trump University did to lift up the uneducated in our country. Well, along comes Trump the vaccine. The possibilities, I think you’ll agree, are endless.”

You can watch Brian below.