The latest batch of Oscar presenters announced by the Academy are all nominees for this year's awards: Jeff Bridges, Sandra Bullock, Carey Mulligan, Matt Damon, Anna Kendrick and Quentin Tarantino.

Bridges (below), Bullock and Mulligan are nominated in the leading actor and actress category, Damon and Kendrick in the supporting categories, and Tarantino for directing and writing Best Picture nominee "Inglourious Basterds." 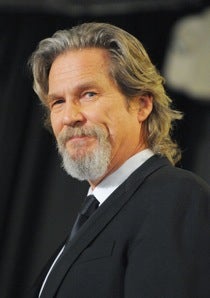 I hear that the large number of show presenters who are also nominees has led to a logistical problem at this year's show.  Ordinarily, winners visit several press rooms after they leave the stage, and presenters accompany them to the first of those rooms, the photo room. But with the press rooms located not inside the Kodak Theater but down a long hallway that leads to the adjoining Renaissance Hotel, the stage crew doesn't want to lose the nominees for the time it'll take them to get to the press room and back.

There's been talk of putting up a small photo area in the Kodak's backstage area to get those winner/presenter shots.  Or, if that doesn't work, the "winners walk" may be a bit more solitary for a few Oscar recipients.  (Of course, they will have escorts.)