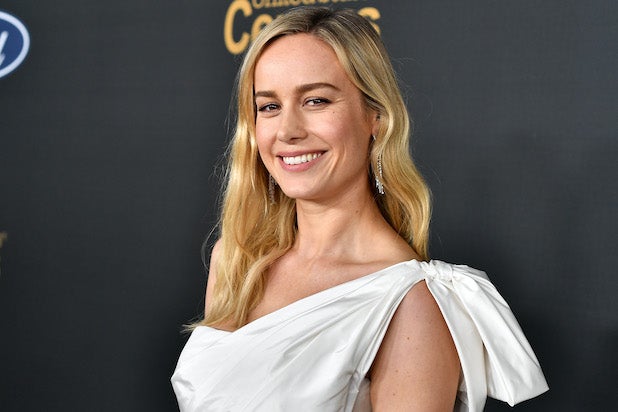 Brie Larson is set to star in the Apple TV+ drama “Lessons in Chemistry,” which has been given a straight-to-series order, the streaming service said Friday.

Per Apple, “Set in the early 1960s, ‘Lessons in Chemistry’ follows Elizabeth Zott (Larson), whose dream of being a scientist is put on hold in a society deeming that women belong in the domestic sphere, not the professional one. When Elizabeth finds herself pregnant, alone and fired from her lab, she musters the ingenuity only a single mother has. She accepts a job as a host on a TV cooking show, and sets out to teach a nation of overlooked housewives — and the men who are suddenly listening — a lot more than recipes… all the while craving a return to her true love: science.”

The series, which is based on the upcoming, debut novel from author, science editor and copywriter Bonnie Garmus, will be written and executive produced by “Erin Brockovich” screenwriter Susannah Grant. Additional executive producers include “Captain Marvel” star Larson, and Jason Bateman and Michael Costigan for their Aggregate Films banner.

“Lessons in Chemistry,” which will be produced by Apple Studios, joins a growing slate of Apple originals based on acclaimed books, including “Mosquito Coast,” starring Justin Theroux, “Lisey’s Story,” written and executive produced by Stephen King and starring Julianne Moore, “Custom of the Country” from director Sofia Coppola and adapted from the Edith Wharton novel, “Five Days At Memorial,” a new limited series, from Academy Award winner John Ridley and Emmy Award winner Carlton Cuse, and global series “Shantaram” and “Pachinko.”