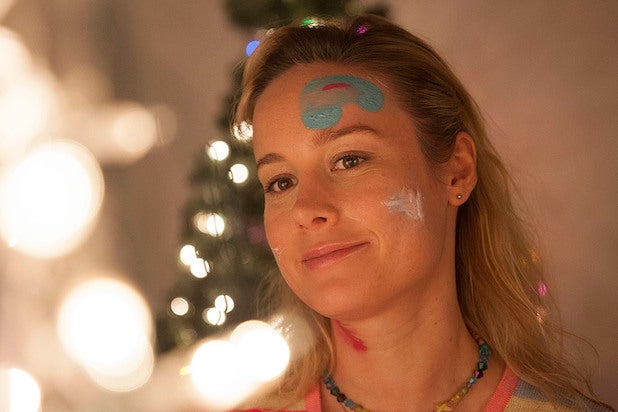 Brie Larson has found her next starring role after “Captain Marvel.” The Oscar-winning actress will star in “Lady Business,” which is being developed at Netflix, with Larson also eyeing to direct the film.

Larson and Lynette Howell Taylor’s 51 Entertainment announced the two-film deal with Netflix on Thursday that also includes the worldwide rights to Larson’s feature directorial debut, “Unicorn Store.” That film will premiere on April 5, 2019 on Netflix.

After wrapping production on “Unicorn Store,” Larson and Howell Taylor joined forces with Endeavor Content to acquire the rights to develop “Lady Business,” based on a Fast Company article by John Paul Titlow.

Based on a true story, “Lady Business” is about two young female entrepreneurs, Penelope Gazin and Kate Dwyer, who had to invent a third male company founder in order to be taken seriously in the business world. The deal also includes the duo’s life rights. Howell Taylor will produce the film alongside 51 Entertainment’s Samantha Housman and Larson.

“Unicorn Store,” which premiered at the Toronto International Film Festival in 2017, is Larson’s directorial debut based on a script by Samantha McIntyre. The dramedy centers on a woman who moves back in with her parents, and receives an invitation to a store that will test her ideas of what it really means to grow up. The film stars Larson, Joan Cusack, Bradley Whitford, Mamoudou Athie, Hamish Linklater and Samuel L. Jackson.

Larson auditioned for “Unicorn Store” years ago and initially didn’t get the part. When the film didn’t get made, she took matters into her own hands to direct the film.

“It’s not an easy time in the world right now so I hope that, in the old tradition of films being a form of escapism and a way to dream, this film can do that,” Larson said in a statement.

“Unicorn Store” was produced by Howell Taylor under the 51 Entertainment banner along with David Bernad and Ruben Fleischer of The District and Rhea Films’ Terry Dougas and Paris Kasidokostas. The film was executive produced by Jean-Luc De Fanti, Nathan Kelly, Samantha McIntyre and Anne Woodward. It was co-executive produced by Kostas Tsoukalas.

Larson will next be seen in Marvel’s “Captain Marvel,” and she recently wrapped “Just Mercy” starring alongside Michael B. Jordan for Warner Bros.  Howell Taylor just produced the Oscar-nominated “A Star Is Born.”

Endeavor Content negotiated both deals on behalf of the filmmakers.