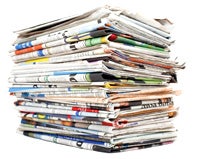 In April, when Steven Brill announced his latest start-up venture — dubbed Journalism Online, a service that purports it will help publishers charge for digital content — there was plenty of skepticism among critics.

And rightfully so. After all, no traditional media company has been able to crack the code on monetizing the type of reporting newspapers and magazines do on the Web.

And a number of Brill’s other high-profile ventures — Inside.com, Brill’s Content and Clear (his airport security check-in verification service) — failed well before reaching their promise.

But it appears Journalism Online is off to a nice start.

The company announced Thursday that more than 500 publications –newspapers, magazines and online sites, 506 to be exact — have signed on. The company said that they represent more than 90 million monthly visitors.

"The scale here I hope indicates to people that there’s a real change going on, and there is an accelerated trend among publishers to move toward the paid model online," L. Gordon Crovitz, the former Wall Street Journal publisher and one of Journalism Online’s principals, told the CompanyTown blog.

In a release, Journalism Online also gave some more details about its offerings:

The company is declining to say with exactly which 500 publications they’ve reached agreements, but some publishers, including Crovitiz’s former employer, Dow Jones, the McClatchy Co. and Tribune Company have not saddled up Brill and co.

News Corp. chief executive Rupert Murdoch, who owns the Journal, said during the company’s last earnings call that it will begin to charge for access to all of its news sites – not just WSJ.com — by 2010.