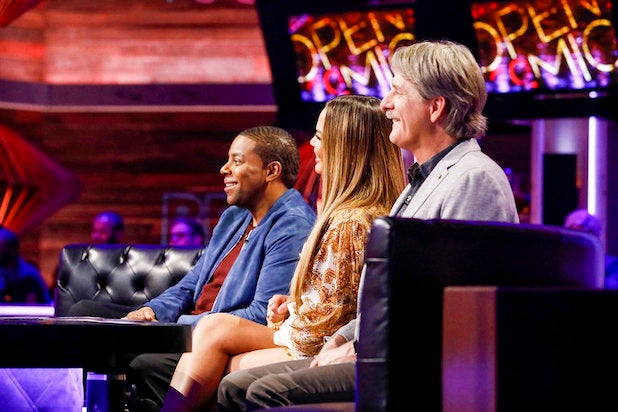 NBC’s new comedy competition series “Bring the Funny” brought in plenty of viewers with its opening act — and thanks to its opener, “America’s Got Talent” — Tuesday but not more than its biggest competition, the MLB All-Star Game on Fox.

Over on CBS, the debut of the network’s adaptation of British dating series “Love Island” didn’t get a lot of love.

Fox was first in ratings with a 1.7 rating/9 share in the advertiser-coveted 18-49 demographic and second in total viewers with an average of 7.1 million, according to preliminary numbers. Those numbers were put up by the American League’s 4-3 win over the National League, with the game filling Fox’s entire primetime block — and then some.

Due to the nature of live sports, those fast-national Nielsen numbers for Fox should be considered subject to significant adjustment. They should only go up.

Telemundo was third in ratings with a 0.5/2 and fifth in viewers with 1.3 million viewers, thanks mostly to Kate del Castillo’s “La Reina Del Sur.”

CBS and ABC tied for fourth in ratings, each with a 0.4/2. CBS was third in total viewers with 2.5 million. ABC was fourth with 1.9 million, airing all reruns.

Univision was sixth in ratings with a 0.3/2 and in viewers with 1.1 million.