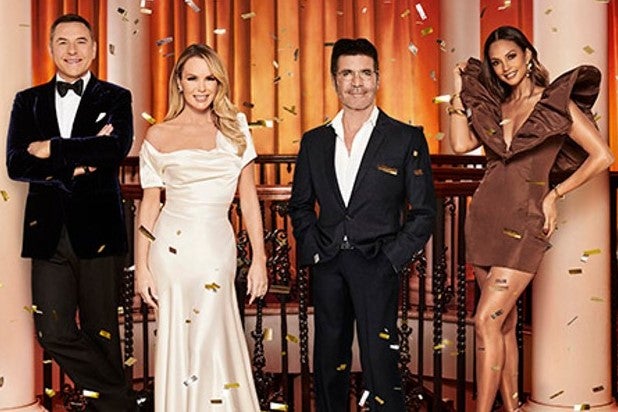 Any 2021 season of “Britain’s Got Talent,” which would have been Season 15, has been officially canceled due to the ongoing coronavirus pandemic.

“Despite everyone at ITV, Thames and Syco doing their best to make it happen, and with our absolute priority of safeguarding the well-being and health of every person involved in the programme from judges, hosts and contestants to all of the crew and audience, the decision has been made to — unfortunately — move the record and broadcast of the 15th series of ‘Britain’s Got Talent’ to 2022,” a show spokesperson told TheWrap in a statement.

Also Read: 'America's Got Talent' Season 15 Finale: And the Winner Is...

The statement continued: “‘BGT’ is known for its diversity of talent with big dance groups, wonderful choirs and lavish orchestras at its heart, and it has become clear that not only is it not possible to film auditions with these types of acts in a secure way but also that they are not able to adequately rehearse and prepare safely. Safety has to come first and, as a result, the recording of the show can’t currently go ahead as planned.”

“The filming for the 15th series of ‘Britain’s Got Talent’ has been postponed from its proposed record dates in late January,” an ITV spokesperson said at the time. “With the announcement of the latest government health guidelines and with our priority of safeguarding the well-being of everyone involved in our programmes we, together with the production teams at Thames and Syco, have taken the decision to move the record and broadcast of the forthcoming series.

On Jan. 5, England was placed under national lockdown order. Basically, that means everyone stay home.