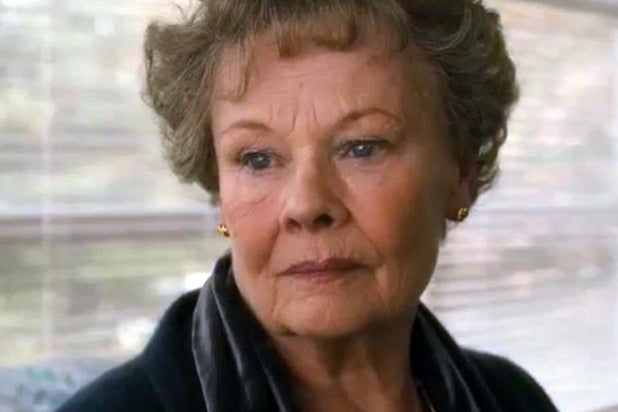 I admit it. I am a sucker for a historical British-themed movie, especially staring British actresses. Cast a major British actress like Judi Dench (who is technically in a film about Ireland) or Emma Thompson and you have already piqued my interest.

This holiday season we had two such gems to delight in. Dench’s heart-wrenching performance in “Philomena,” the true story of an Irish woman who searched for her son — torn from her at an early age and sent off to be adopted far away — was my favorite of the season. Philomena’s observations of American culture, her steadfastness to find her child and the revelations of what happened to her son and why made the film totally absorbing.

Thompson’s performance as the stubborn British writer P.L. Travers, haunted by her own past, who comes to Los Angeles in 1961 and fights studio head Walt Disney tooth and nail to preserve her Mary Poppins book from becoming a disaster in “Saving Mr. Banks” is also admirable.

Having become interested in the writer’s personal life after seeing the film, I discovered there is yet another backstory that parallels Philomena. I was amazed to find out that in real life Travers had adopted a child at age 40. Not only is there no mention of this son in “Saving Mr. Banks,” her being a mother comes as a surprise as Travers is presented as a woman who lives alone and unable to form strong human relationships.

The real kicker is the fact Travers adopts a baby boy from Ireland from his grandparents. The baby was a twin but she never reveals to her son his twin nor parentage. And sure enough, as fate would have it, her son meets his twin at a bar in London by accident at age 17. Talk about a true story ripe for a screenwriter.

It will be interesting to see what happens at the Golden Globes on Sunday night. Seems like those foreign correspondents casting ballots are also fans of British actors, at least when it comes to the best actress nominations in the drama category. Joining Dench and Thompson as nominees for best actress are fellow British Kate Winslet (Labor Day), and Australian (one could claim a member of the British Commonwealth) Cate Blanchett (“Blue Jasmine”). Blanchett is predicted to win the Oscars this year, but my bets are on Dench at the more worldly Golden Globes.

The real winner meanwhile is the box office, at least for “Philomena.” The ads are everywhere for the film, even surprisingly in the sports section of the New York Times. Unless the ads are cheaper on those pages, I cannot imagine why an ad for this more women-oriented film is run on a sports page. Never question the publicity strategy of the Weinstein brothers.

Although the holiday season was very much dominated by historical American stories of men and women committing crimes of greed, drugs and decadence, these two tales from across the ocean were so much easier and more moving to watch.

Seems like I am not the only one falling for tales from overseas, as the ticket sales for Stephen Fears’ “Philomena” are robust. Maybe the huge success of “Downton Abbey” on PBS is also determining our movie favorites and movie box office sales.