U.S. Representatives Matt Gaetz and Jim Jordan are putting their weight behind the #FreeBritney movement.

In a letter sent to the House Judiciary Committee chairman Jerry Nadler on Tuesday, Gaetz and Jordan requested that the committee hold a hearing on court-appointed conservatorships, pointing to Britney Spears’ conservatorship as a key example.

“Since 2008, Ms. Spears has been under a court-ordered conservatorship. The facts and circumstances giving rise to this arrangement remain in dispute but involve questionable motives and legal tactics by her father and now-conservator, Jamie Spears,” the joint letter said. “In court appearances in August and November of 2020, Ms. Spears’ attorney represented to the court that that [sic] Ms. Spears ‘strongly opposed’ having her father as a conservator, that she was afraid of her father, and that she would not again perform publicly so long as this arrangement persisted. Despite these pleas, Mr. Spears remains a conservator of her estate.”

“Ms. Spears is not alone. There are countless other Americans unjustly stripped of their freedoms by others with little recourse,” the letter continued. “Given the constitutional freedoms at stake and opaqueness of these arrangements, it is incumbent upon our Committee to convene a hearing to examine whether Americans are trapped unjustly in conservatorships.”

Gaetz and Jordan’s letter comes a week before the next court hearing in Spears’ conservatorship case. Last month, during the previous hearing, the presiding judge denied the request from Spears’ father to retain delegation power over the singer’s investments.

Read the letter in full below. 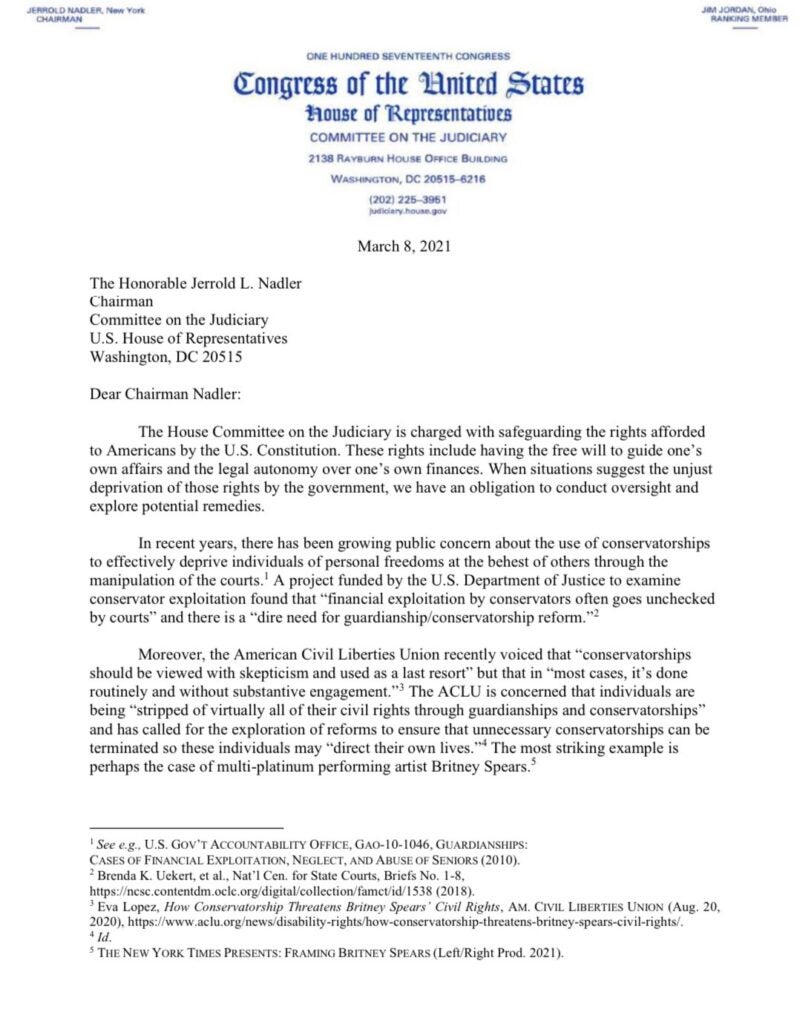 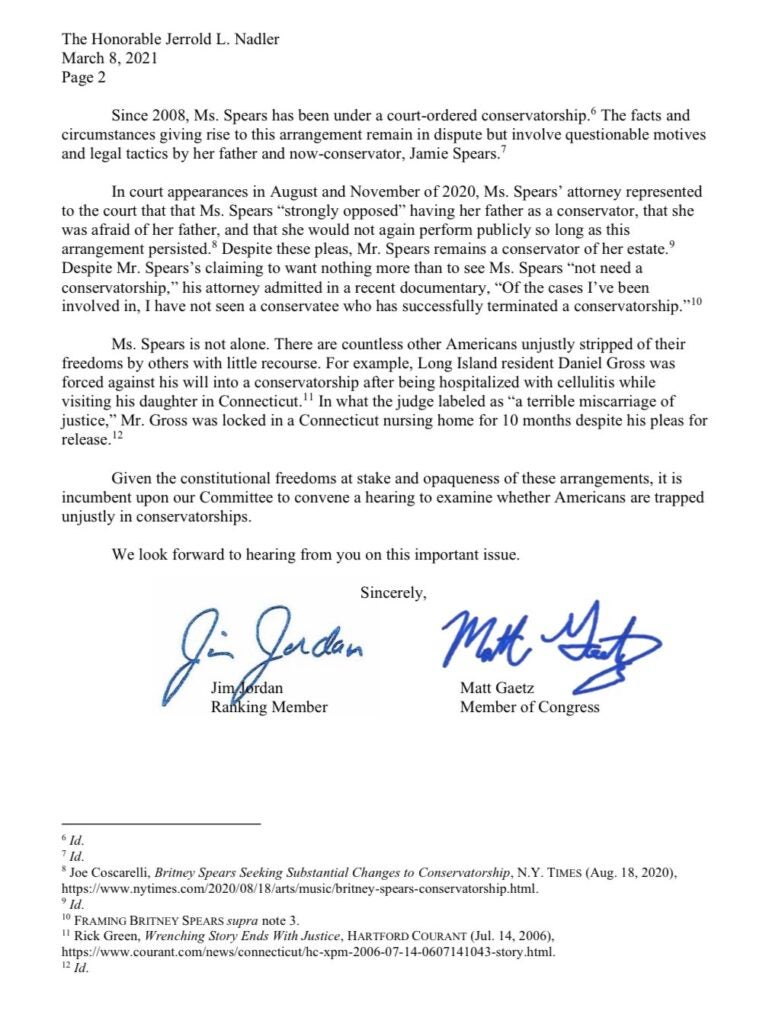