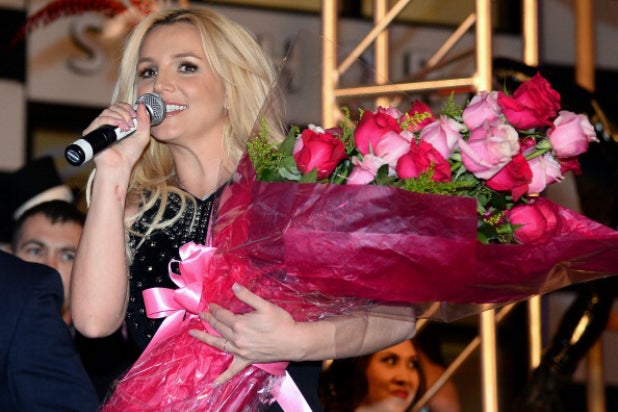 “Britney: Piece of Me” kicked off rehearsals on Dec. 10, and the former teen sensation filmed it all for the E! documentary. The special showed the performer, producer and co-director choosing her set list, designing the stage and hand-selecting costumes for herself and the backup dancers.

There was also, of course, footage from the singer’s personal life as a mother, daughter and girlfriend. In the piece, Spears did not shy away from her issues in the past, including 2007’s now-infamous breakdown, referring to herself as “bipolar.”

Even if she might not need the fat paycheck that the 50-show-per-year Sin City platform will afford her, Spears could use the promotional push for her new album, “Britney Jean,” which has not exactly been lighting the Billboard charts on fire. Her latest offering bowed to just 107,000 opening week sales, good enough for just No. 4 on the Billboard 200 and marking her lowest launch to date.

By comparison, with no promotion whatsoever, Beyonce’s self-titled secret album sold 80,000 copies in just its first three hours alone. By the end of the sales week, of which “Beyonce” existed for only three days, Mrs. Carter’s iTunes-only release was up to 617,000 purchased downloads.

Spears released her full set list for the Vegas show prior to the E! doc airing: