Britney Spears’ attorney filed a petition to remove her father Jamie Spears as the sole conservator in her case, and requested that certified public accountant Jason Rubin replace him.

Britney’s lawyer Matthew Rosengart argued in the filing that since the court determined Britney is mentally fit enough to be capable of retaining her own attorney, she should also be allowed to choose who runs the conservatorship.

Spears’ dad was the only person in charge of the conservatorship arrangement from its inception in 2008 to 2019, when he became a joint conservator with wealth management company Bessemer Trust (which recently petitioned to exit).

Rubin is a CPA based in Woodland Hills, California. Britney is requesting that he take over all duties that her father and Bessemer Trust were overseeing before, including managing her assets, employing lawyers and arranging professional contracts for Britney, including touring, TV shows and videos.

Jamie Spears still has control over the majority of Britney’s life, including all her financial decisions. According to court documents, the pop star’s net worth is about $57 million.

Britney told Los Angeles Superior Court Judge Brenda Penny during a July 14 hearing that she wants to press charges against Jamie for “conservatorship abuse” and called him an “abusive” person. During her explosive first testimony June 23, Britney told Judge Penny she doesn’t plan to stop legal action if the conservatorship is abolished. 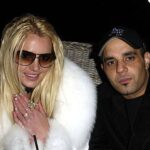 “Ma’am, my dad and anyone involved in this conservatorship and my management who played a key role in punishing me — ma’am, they should be in jail,” Britney told the court in June.

“As I said in court last week and outside, my firm and I are moving aggressively and expeditiously to file a petition to remove Jamie Spears unless he resigns first,” Rosengart said in a statement July 19.

Britney is still trying to get the conservatorship abolished; the filings from July 26 note that while the singer and her legal team are trying to replace the conservator, “this nomination is made without prejudice to and without waiving in any way Petitioner’s rights to seek termination or other modification of this conservatorship.”

Check out transcripts from Spears’ June 23 and July 14 hearings here.