It’s still unclear whether #FreeBritney will actually happen, but Britney Spears scored a significant court victory on Wednesday when she won the right to select her own lawyer in her ongoing conservatorship case. And no one is happier about that than Britney, who literally jumped for joy over the news.

On Wednesday evening, Spears updated her over 30 million Instagram followers on how she was spending the rest of her day following her latest hearing, sharing a video of herself horseback riding and doing cartwheels. The post also included sincere thanks for both the decision itself and her loyal supporters.

“Coming along, folks … coming along ??!!!!!,” Spears wrote. “New with real representation today … I feel GRATITUDE and BLESSED !!!! Thank you to my fans who are supporting me … You have no idea what it means to me be supported by such awesome fans !!!! God bless you all !!!!! Pssss this is me celebrating by horseback riding and doing cartwheels today ?‍♂️?‍♀️? !!!! “

She also added #FreeBritney at the end, marking the first time the superstar has used the very hashtag that ignited the outcry of fan support for her situation in the first place.

Also Read:
At the Britney Spears Hearing, She Pleads: ‘My Family Is Trying to Make Me Feel Like I’m Crazy’

Earlier on Wednesday, Judge Brenda Penny granted Spears the right to hire her own attorney, Mathew S. Rosengart ,in her conservatorship case. Not only will court-appointed lawyer Samuel D. Ingham III be stepping down but so will Bessemer Trust, the investment firm that had been brought to help to manage Spears’ business affairs.

Although it may seem like a given for someone to be able to choose their own legal representation, this victory was a long time coming for Spears. The singer has been under two conservatorships since 2008, one overseeing financial matters and the other overseeing her medical and personal affairs. She hadn’t voiced her wish to end the conservatorships publicly until her bombshell testimony last month.

“That’s abuse — we all know it,” she said. “This conservatorship is allowing my dad to ruin my life.”

“I’m not a perfect person,” she continued, “But my family is making me believe that I am crazy, which I am not.”

What’s next? Now Spears’ newly-appointed attorney will file a petition to end the conservatorship. 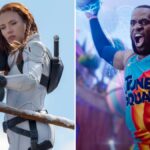